SA has been harmed by propaganda about ‘rogue unit’ 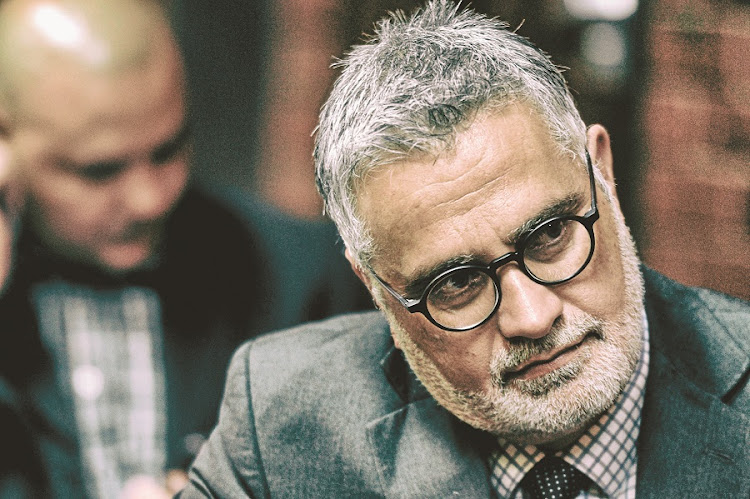 Van Loggerenberg was reacting on Tuesday after the high court in Pretoria reviewed and set aside a 2014 report from the inspector-general of intelligence (IGI), on Monday.

The IGI report had found that Sars had created a covert unit using covert and intrusive methods in direct contravention of its mandate.

It found that Van Loggerenberg‚ former Sars official Peter Richer and former finance minister Pravin Gordhan had established the unit and recruited people with specific skills to engage in activities outside the Sars mandate.

The report recommended that charges be investigated against Van Loggerenberg‚ Richer and Gordhan for the establishment of, and involvement in, a covert intelligence unit within Sars.

When Van Loggerenberg heard about the report in November‚ he vowed to apply to have the report‚ titled “Report on investigation into Media Allegations against the Special Operations Unit and/or Other Branches of the State Security Agency” and dated October 31 2014‚ reviewed and set aside.

Van Loggerenbeg launched an application in the high court in December to have it reviewed and set aside. The state security minister and the IGI served notices to oppose the application.

“However‚ and notwithstanding being afforded ample opportunity to file relevant records‚ and to answer to the facts and evidence put up under oath by our client‚ neither the IGI nor the ministry of state security did so.

“Instead‚ through the office of the state attorney‚ settlement was sought with our client through our offices‚” Van Loggerenberg's attorneys Werksmans said in a statement.

On Monday‚ the high court‚ by agreement‚ made an order reviewing and setting aside the report. The IGI and the ministry were ordered to pay Van Loggerenberg's legal costs.

Van Loggerenberg's lawyers said: “Our client has always‚ since May 2014 and later October 2014‚ acted in good faith as a whistle-blower‚ in the interests of justice‚ the public‚ Sars and former and current officials [and their families] who have been traumatised and harmed beyond comprehension.”

The lawyers said Van Loggerenberg called on those implicated and involved‚ to the extent that they had any conscience‚ and those who may have been misled and duped to play along and advance the state capture of Sars and other nefarious political agendas‚ to contact the relevant authorities immediately.

“The entire country has suffered as a result of the bogus ‘rogue unit’ propaganda.”

Van Loggerenberg also called on the police to immediately act against employees at Sars‚ their co-conspirators in the media‚ private security companies and the tobacco industry that he had implicated in serious criminal offences and activities that undermined Sars.

“This naturally includes all past and current staff and contractors who continued to prevent the truth from surfacing‚ suppressed evidence of criminality‚ defeated the ends of justice and advanced the bogus ‘rogue unit’ propaganda.”

The Court said it was not persuaded that the high court misdirected itself on the facts during an earlier judgment, but set aside personal cost order ...
National
1 year ago

Ivan Pillay, Andries Janse van Rensburg and Johann van Loggerenberg were implicated in setting up an illegal unit to spy on taxpayers
National
1 year ago

Though hailed by some, the EFF thinks the decision needs to be reviewed by a 'sober, neutral judge'
National
1 year ago
Next Article