A protester in a Mandela t-shirt hides her face at an anti-racism rally in Oxford. Picture: KATE BARTLETT

Oxford, UK — Hundreds of demonstrators, among them SA students, turned out in the historic university town of Oxford on Wednesday to protest against the killing of George Floyd, an African-American man, by a white US police officer.

The UK chapter of activist group Black Lives Matter organised the rally as people across the globe gathered in solidarity with US protesters who have taken to the streets en masse since a video went viral of Floyd begging for mercy as the officer knelt on his neck for over eight minutes. US President Donald Trump has fanned tensions by deploying the national guard.

In a peaceful park, with the gleaming spires of Britain’s oldest university in the background, an eclectic mix of people of all races, nationalities and ages, but all clad in masks in a country that has seen the most deaths in Europe from Covid-19, turned out to stand against institutional racism and injustice.

“Black people are subject to anti-black racism across the globe including in a majority black country like SA,” said Nomfundo Ramalekana, a law student from Nelspruit, explaining why she had turned out for the event.

The South Africans at the rally said they followed the news from home closely and had been dismayed by police violence during SA’s lockdown, which saw several deaths, including that of Collins Khoza at the hands of the army.

“I wasn’t surprised [about Khoza],” Ramalekana said. “We know what happened in Marikana, so I think no South African is surprised about excessive use of force.” 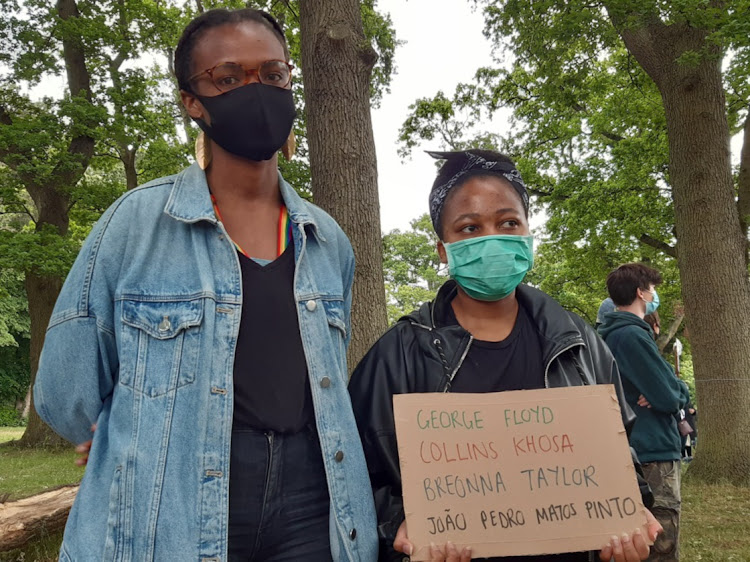 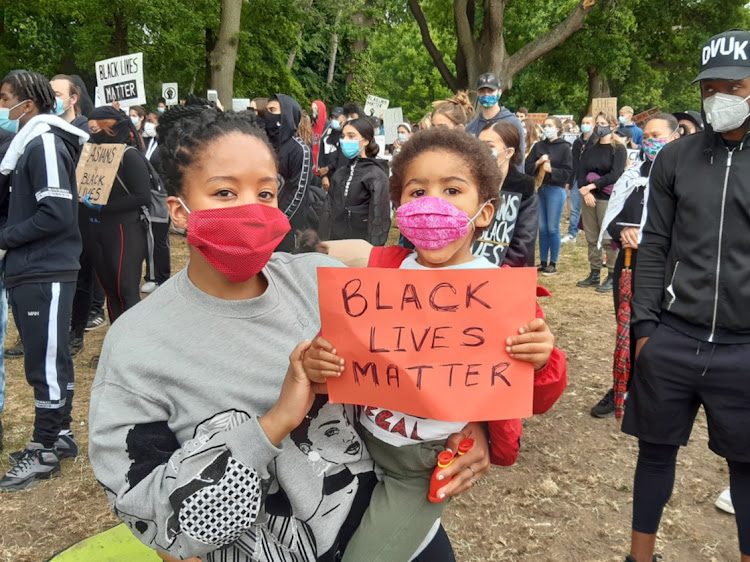 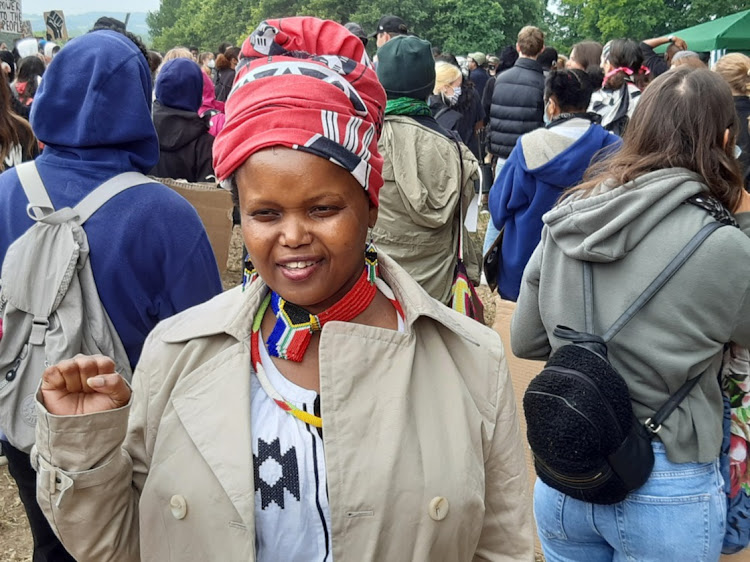 Jabu Nala-Hartley, the daughter of a Durban trade unionist who has been living in the UK since the 1980s and is currently running for local council in Oxford, concurred.

“During apartheid, black policemen were killing black people in SA. It’s about the system that condones this behaviour,” she added.

Simphiwe Laura Stewart grew up in Swaziland and studied in Pretoria before coming to Oxford to do her PhD in geography and environmental studies. She bought along her three-year-old son Judah.

“We’re tired, we’re traumatised, we’re enraged, we’re radicalised. Enough is enough. We’re sick and tired of institutions of white supremacy,” she said, adding that police brutality against black people was not confined to the US.

“The number of people who have been killed by the SA National Defence Force and the SA police is atrocious, especially during this lockdown period,” she said.

“It’s particularly damning for a post-apartheid, democratic SA to be securitising the state and also to be meting out the same violence that the apartheid government meted out on black people.”

Stewart’s son was born in the US to a US father, and she expressed her fear for her son's future as a black man.

• Bartlett is a SA journalist and Africa correspondent for the German press agency based in Johannesburg. She is on a journalism fellowship at the University of Oxford.

KATE THOMPSON FERREIRA: Blood on the streets and on the feeds as Trump takes on Twitter

Activists work to restore calm in Memphis after outbreak of violence

PALESA MORUDU: George Floyd’s death ushers in a US summer of discontent

PALESA MORUDU: George Floyd’s death ushers in a US summer of discontent