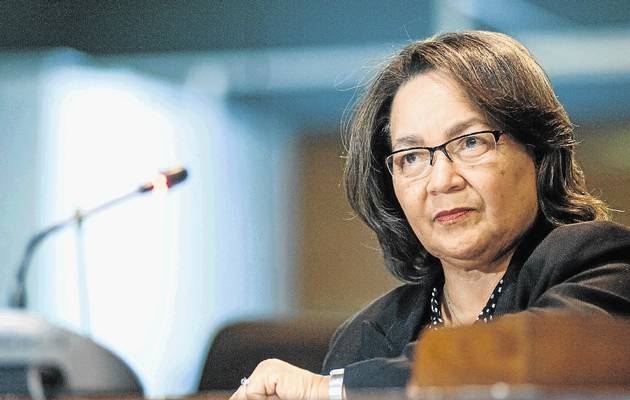 The department of public works has defended its controversial decision to issue a R37m tender for the construction of a fence at the Beitbridge border between SA and Zimbabwe, amid growing objections from MPs.

The fence was built by little known Caledon River Properties trading as Magwa Construction, as part of the government’s efforts to seal SA’s borders and curb the spread of the coronavirus.

Magwa describes itself as an affirmative action civil, building and mechanical engineering construction company which has been operating since 2005. According to its website, it says it aims to establish a trustworthy company committed to quality workmanship and maintaining a long-term relationship with all its clients. It lists among its clients Ekurhuleni Local Municipality, Midvaal Local Municipality, Transnet and Johannesburg Water. ​

The project has been subject to much scrutiny after normal procurement processes were bypassed. The workmanship has also been questioned after images emerged on social media showing that the barbed-wire fence had been cut within days of completion.

Public works minister Patricia de Lille told MPs that she had asked the auditor-general to look into the matter. She also said it was the role of the department of defence to protect the fence and the country's borders.

During a briefing to parliament’s finance watchdog, the standing committee on public accounts (Scopa), on Wednesday department officials were adamant that the transaction was above board and pointed to Treasury regulations which allow for deviations in emergency situations.

They said due to the Covid-19 pandemic there was a high risk of loss of life if borders were not quickly secured. The ordinary procurement process would have taken three months to get a contractor, which would not be in line with President Cyril Ramaphosa’s lockdown directives issued in March, which included the complete closure of borders, department officials said.

They pointed to national treasury’s instruction note on emergency procurement which provides for the invocation of emergency procedures.

The department said the motivation for hiring Magwa was that the company was experienced and  appropriately qualified. It  was already working on a repair and maintenance programme project at Beitbridge. This meant that the mobilisation and establishment for this work could be done seamlessly, which was the most important consideration for procurement considering the urgency of the case.

National Treasury officials told MPs that the deviation was still being investigated and would likely be concluded next week.

MPs across the political spectrum raised issue with the transaction and suggested that it was not value for money. They also said it appeared as if the deviation was abused to ensure that Magwa got the contract.

DA MP Alf Lees said based on the images of the fence, it was clear that the contractor did not do a good job.

“What you see there does not give you comfort that you should have paid R37m for the 40km fence … that fence is an absolute mess. There is no fence there. No further payments should be done until all investigations are completed,” Hlengwa said.

De Lille said that was why she had asked the auditor-general to look into the issue particularly  whether the department got value for money.

“We need to get to the bottom of all of this...we have to also make sure that we put the truth out there,” the minister said.