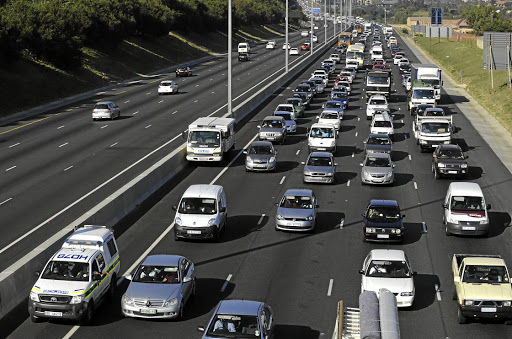 The Covid-19 crisis has put brakes on the controversial and recently enacted traffic infringement fines legislation, which would have seen penalised drivers losing their licences.

The ministry of transport said on Tuesday that the national rollout date for the Administrative Adjudication of Road Traffic Offences (Aarto) Act has been postponed indefinitely as a result of the coronavirus health crisis. In August 2019, the Aarto bill was signed into law, and though there was no official date given for its effect then, it was intended to come into force by mid-2020.

“The impact of the Covid-19 outbreak has severely compromised the capacity of the Road Traffic Infringement Agency (RTIA), which is the entity responsible for the rollout and implementation of Aarto, as well as other prerequisites determining the rollout date and has resulted in a severe loss of revenue to support the preparatory activities,” the department of transport said in a statement.

The department said the situation will be reviewed in due course for further determination as to when the rollout date will be promulgated.

Under the new law, which was heavily criticised by NGOs, opposition parties and motorists, drivers will be subject to a demerit points system that will penalise repeat offenders on the road. Once the system is in place, drivers will start with 0 points and will be allowed to drive until they reach a maximum of 12 points.

The licences of drivers that exceed 12 points will be suspended for three months and licences that have been suspended more than three times will be cancelled. Offenders whose licences have been cancelled for a certain period of time will have to go through the process of getting one again should they want to drive again.

Motorists who want to challenge a traffic infringement will have to do so in an extrajudicial process, which will be run and managed by the RTIA and not in court, as with the current system.

The main criticism of the act is that it limits drivers’ right to approach the courts to challenge traffic fines/offences.

Justice Project SA’s Howard Dembovsky previously said that Aarto rode roughshod over the right to be considered innocent until proven guilty. “Your right to a trial has now been taken away. If a traffic officer issues a fine to you, that is the end of it. They never have to prove your guilt,” he said.

“Traffic fines become invoices now. You can make representations to the RTIA, the same agency that is funded by the many millions in traffic fines which are issued.”

Layton Beard of the Automobile Association (AA) has said that Aarto is about revenue collection instead of making roads safer.

Others have also complained that the act gives too much power to those issuing the tickets and could ultimately be a hotbed for corruption as motorists try to avoid the inconvenience of having their licences suspended or cancelled.

In 2019, the Organisation Undoing Tax Abuse (Outa), said it would challenge the legislation in court once it was published in the government gazette.

“The so-called experts are behaving like prophets of doom, claiming, among other things, that Aarto bypasses ‘normal traffic legislation and tackles offenders in ways that many view as unconstitutional because they deprive citizens of their right to a fair judicial process’,” the RTIA said.

“In fact, Aarto provides even more protection to infringers to exercise their rights. First, [it] decriminalises the majority of traffic violations so that they are dealt with administratively. This means that one will not attract a criminal record for committing a traffic infringement, whereas being found guilty of the same infringement in the courts can result in a criminal record.”

Regulations are a cumbersome mess focussed more on generating funds than road safety, says Outa
Life
2 years ago
Next Article