Not all schools are ready to open, Angie Motshekga says 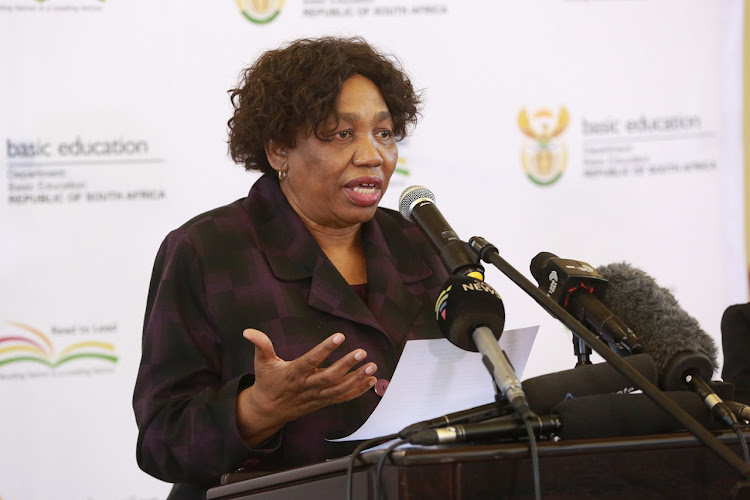 Education minister Angie Motshekga speaking about the department's readiness for the reopening of schools under level 3 on June 1 2020. Picture: GCIS.

Basic education minister Angie Motshekga said on Monday the reopening of schools had to be postponed at the 11th hour because some were not ready to operate.

“Due to last-minute changes, on Saturday we had a meeting with the CEM [council of education ministers] and union bodies. The decision we took on Saturday forced me to do a series of consultations on Sunday,” Motshekga said on Monday, apologising for the postponement.

“On Saturday, we met and we received three critical reports — one on the state of readiness. We also received a report from Rand Water. I also had to receive reports from different provinces. Based on those reports, it was clear the sector was at different stages of readiness,” said Motshekga.

She confirmed that schools would reopen on June 8.

On Sunday evening,  Motshekga’s office announced the postponement of a scheduled media briefing in which she was to update the nation about the readiness of schools as pupils in Grades 7 and 12 were due to return to school.

Parents expressed their frustration about the last-minute U-turn, with many having already made arrangements to get their children back to class from June 1.

Angie Motshekga faced opposition from teacher unions and school governing bodies, insisting the schools were not yet ready for a partial opening
National
11 months ago

Why it’s time to get children back to school

The disastrous social, educational and emotional effects of staying out of school outweigh the still  unclear health ones, writes Andreas Kluth
Opinion
11 months ago

Opening schools: are we asking the right questions?

Opening schools: are we asking the right questions?