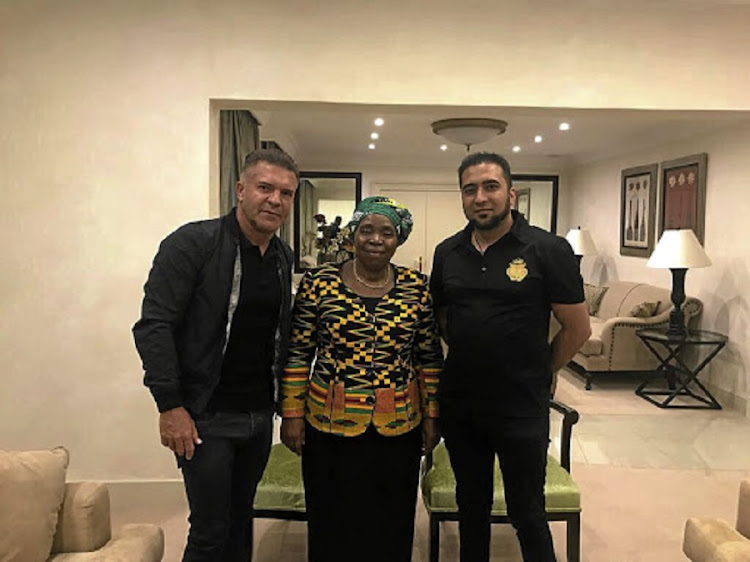 Co-operative governance and traditional affairs minister Nkosazana Dlamini-Zuma has rubbished allegations that she is an associate of alleged tobacco smuggler Adriano Mazzotti, despite being photographed with him.

Speculation has been rife that Dlamini-Zuma’s insistence that the sale of tobacco remain banned during the lockdown is largely meant to benefit alleged illicit traders, such as Mazzotti. Old pictures of Dlamini-Zuma with Mazzotti have been circulating on social media since Dlamini-Zuma announced that the ban would remain during level 4 of the lockdown, despite President Cyril Ramaphosa previously announcing that it would lifted.

Ramaphosa announced on Sunday that, while the sale of alcohol will be allowed when the lockdown is downgraded to level 3 on June 1, tobacco sales remain prohibited for health reasons.

During an online meeting of the National Council of Provinces on Tuesday, DA MP Cathlene Labuschagne said there was no evidence that the prohibition of cigarettes decreased the risk of Covid-19.

“Smoking continues but has been taken underground, which could be the intention of the cabinet and more specifically the minister [Dlamini-Zuma], who is known to have visited [Europe] with Mazzotti but now denies they are friends,” Labuschagne said.

“Where will the two unfriendly travel partners be going with [their] profits once the lockdown is completely lifted?” she asked.

Dlamini-Zuma dismissed suggestions that she has links with Mazzotti and insisted that banning tobacco is rational given the health concerns.

Dlamini-Zuma has also previously denied that she accepted money from Mazzotti.

In 2017, the Sunday Times reported that Dlamini-Zuma’s failed bid to for the ANC presidency had been funded by Mazzotti.

Mazzotti has denied allegations that he may have influenced the government to ban tobacco products during the lockdown for self-gain. He has reportedly said the fact that he is challenging the cigarette ban shows that he is not benefiting from any alleged close links with ministers.

The illicit trade in cigarettes, particularly local brands, has skyrocketed since the lockdown came into force, with the state set to lose out on tax revenue. SA Revenue Service (Sars) commissioner Edward Kieswetter recently told parliament that there had been an under-recovery of more than R1.5bn on the sale of alcohol and cigarettes in the month of April. Finance minister Tito Mboweni said revenue in 2020/2021 could be 32% lower or more at a time when there was immense pressure on government expenditure.

Dlamini-Zuma said while she could not go into specifics since the tobacco ban matter was now in court, research from China, the US and the UK shows that “people who smoke do have problems with the lungs and if they do get the infection they are more likely than nonsmokers to get a more serious disease and they might need ventilation.”

She said the World Health Organisation had also published a paper touching on the health benefits of nonsmoking showing that the short term benefits include improved functioning of the lungs.

“We also know that in our communities when people smoke, they can share the cigarette, which puts them in danger of getting the virus,” the minister said.

The tobacco industry has countered by pointing to other peer reviewed studies that suggest current smokers are less likely to be hospitalised when testing positive for Covid-19 and that nicotine may offer potential protection against the disease.

The Fair Trade Independent Tobacco Association (Fita), of which Mazzotti is a founding member, has launched an urgent court challenge to the tobacco ban, citing, among other concerns, the rise of illicit trade as well as the loss of revenue for the state.

Government to provide record behind the cigarette ban

SA will need to steel itself for depressed economic output, disrupted supply chains and raised labour costs and unrest
Opinion
1 year ago
Next Article

SA cannot shrug off smoking as a defence against Covid-19

ANALYSIS: Booze is back!

SA cannot shrug off smoking as a defence against Covid-19

ANALYSIS: Booze is back!