More are losing their jobs due to Covid-19, says TransUnion

The country’s largest credit bureau says one in six people lost their job in early May, with defaulting on their bills just seven weeks away 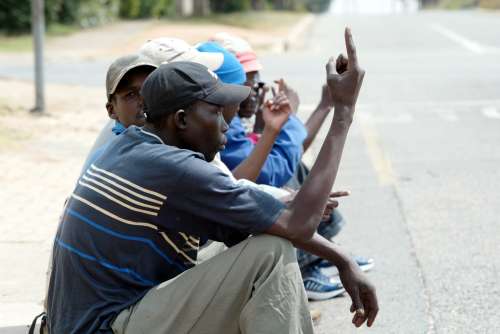 TransUnion, considered the country’s largest credit bureau, says many people are losing their jobs or experiencing a reduction in work hours as a result of the Covid-19 pandemic and the resulting lockdown.

The company’s latest research into the economic effects of the pandemic, released on Thursday, reveals that the number of people losing their jobs increased from one in 10 in April to one in six in early May.

In addition, nearly four out of 10 (37%) of those negatively affected said they have seen their work hours reduced because of the pandemic — up from the 32% reported in the first week of April.

“The pandemic is creating major economic and financial distress for consumers, with many jobs in the SA economy already being impacted or at risk due to drastic demand shifts,” said Lee Naik, CEO of TransUnion Africa.

TransUnion began conducting research into how the pandemic is affecting the income and financial position of consumers last month.

The research is conducted using an online, research-panel method across a combination of computer, mobile and tablet devices. The survey includes quotas to balance responses to the census statistics on age, gender, household income, race, and region.

The data suggests consumers are going to battle to meet their financial obligations, with the expected shortfall in the near future rising from R500 in April to R7,500 in May.

Nearly two thirds (64%) of consumers reported that household budget changes during the pandemic have involved cutting back on discretionary spending, which has extended to things such as subscriptions, memberships and digital services.

On average, consumers expect to begin defaulting on bills or loans in about seven weeks time.

Business has called for a quick move to a level 2 lockdown, saying the government needs to trust it to curb infections in the workplace
Economy
1 year ago

WATCH: What level 3 could do for the economy

The premier sketched a picture of the economic devastation facing the province, which will change lockdown levels as a whole
National
1 year ago

UK jobs data is due later on Tuesday, while markets are watching the testimony of US Fed officials before Congress
Markets
1 year ago
Next Article

SA faces decade-long battle to return to stability and growth

SA faces decade-long battle to return to stability and growth