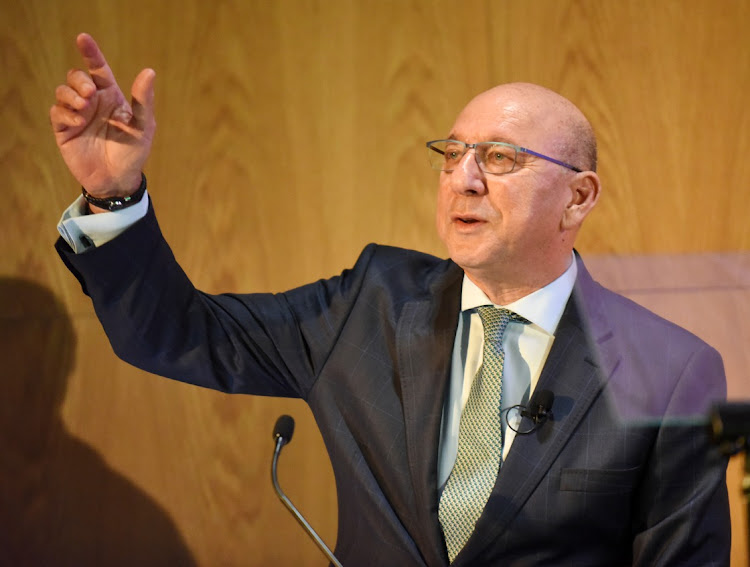 Trevor Manuel, the former finance minister now tasked with mobilising international support for Africa’s efforts to address the economic challenges of the Covid-19 pandemic, says some of the regulations imposed on South Africans fail the test of reasonableness.

While emphasising his support for the government’s determination to curb the spread of the coronavirus, Manuel condemned law-enforcement officials for using force during the lockdown, and criticised some of the economic measures that have been implemented.

Manuel was one of four AU special envoys appointed in April. He is teaming up with former Nigerian finance minister and former MD of the World Bank Ngozi Okonjo-Iweala; former finance minister of Rwanda and former president and chair of the African Development Bank Donald Kaberuka; and former Credit Suisse CEO Tidjane Thiam.

SA has controversially banned the sale of certain types of goods and e-commerce, cigarettes and alcohol, among other measures. Outdoor exercise by individuals, not groups, was permitted once stage four lockdown was introduced, but only between 6am and 9am.

“We need voices to speak to the [government’s interministerial Covid-19] national command centre and ask that rationality be the order of the day.”

Manuel criticised the conduct of some law-enforcement officers, saying the types of actions that were slated during the apartheid era should not be condoned now.

“It’s about the abuse of law.”

Manuel said the focus of the security services should be about helping the government prevent the spread of Covid-19.

When abuses of human rights occurred, the responsible senior officers, ministers and parliament should take responsibility for their oversight role to hold the officers to account for their actions, said Manuel.

In addition, he said, “the view that you shouldn’t provoke soldiers is just wrong because soldiers are meant to be trained”, and that requires discipline on their part.

Commenting about the conduct of troops and metro police officers linked to the death of Alexandra resident Collins Khosa on April 10, Manuel said: “Nowhere under apartheid emergency regulations would we tolerate that sort of thing, so why should we be tolerant of misbehaviour by soldiers here? It’s necessary to deal with these issues.”

Khoza’s family have approached the Pretoria high court to ask for the suspension of the officers and an order compelling the defence force and police to develop and publish a code of conduct and operational procedures regulating the conduct of their members and metro police.

The ministers of defence and police have opposed the application, saying there were adequate safeguards in place to deal with wrongdoing by police and soldiers.

Restarting economy will benefit all social classes — even chronically poor