Tourism BEE Covid-19 support to be challenged in court 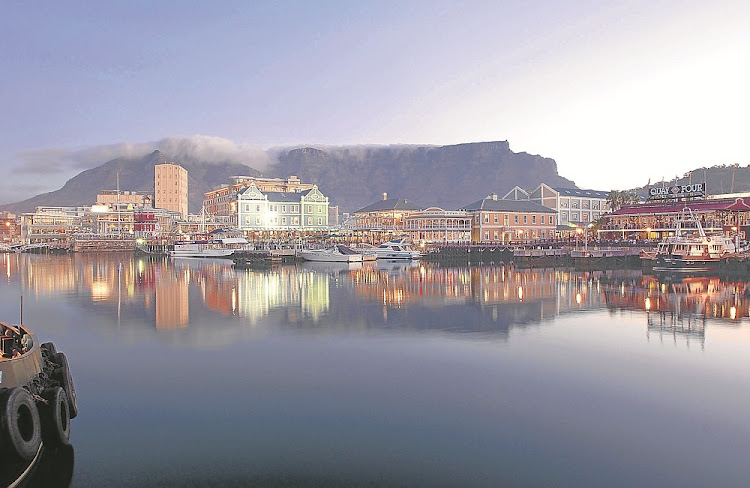 Trade union Solidarity and lobby group AfriForum are forging ahead with a legal challenge against tourism minister Mmamoloko Kubayi-Ngubane’s decision to provide support to distressed firms and establishments in the sector based on broad-based BEE codes, among other considerations.

Kubayi-Ngubane raised the ire of some in the sector who argued that the BEE considerations would disqualify many companies from accessing government funding to mitigate the effect of the coronavirus pandemic. The pandemic has hit the travel and tourism sector hard, with the latest figures from the World Travel & Tourism Council (WTTC), the global industry association, showing that the sector is losing a million jobs a day across the globe.

The case will be heard by the North Gauteng High Court on Tuesday. According to Solidarity, it is “tragic that SA, in the midst of a crisis, is still divided based on race”.

“This pandemic is not a crisis that only affects certain people — the whole SA is in this crisis. The tourism sector is severely affected, yet the department of tourism will, other than the virus, look at your race and discriminate against you based on the colour of your skin,” said Solidarity CEO Dirk Hermann.

“It is the colour of your skin, and thus not your needs, that are the determining factor for help.”

Solidarity said the purpose of BEE is to correct the disadvantages of the past. The Tourism Relief Fund should not be about those who were previously disadvantaged, but about survival, it said.

Meanwhile, the travel and tourism sector globally faces a staggering 100-million job losses due to the coronavirus pandemic.

The WTTC figures on job losses have shown an increase of more than 30% in the past four weeks, indicating the crisis the sector faces. There are about 320-million people employed in the sector. In Africa alone, 7.6-million job losses are projected, while total GDP loss could be close to $53bn.

The WTTC alerted Group of 20 (G20) tourism ministers to the extent of the crisis, as they gathered at a virtual conference last week. Of the 100-million jobs at risk, almost 75-million of them are in G-20 countries. The G20 is an informal group of 19 countries, including SA and the EU, with representatives of the International Monetary Fund (IMF) and the World Bank. Its mandate is to promote global economic growth, international trade and the regulation of financial markets.

The coronavirus has brought the global economy to a virtual standstill as governments implement stringent measures such as closing borders and the limiting movement of people to curb the spread of the disease. WTTC analysis shows that the pandemic will reduce the world economy by up to $2.7-trillion, from $2.1-trillion just a month ago.

Gloria Guevara, WTTC president and CEO, said: “This is a staggering and deeply worrying change in such a short time. In just the last month alone, our research shows an increase of 25-million in the number of job losses in travel and tourism. The whole cycle of tourism is being wiped out by the pandemic.”

She said the body had advised on how governments need to step in swiftly to support and protect our sector.

Travel and tourism is the backbone of the global economy, said Guevara.

“Without it, global economies will struggle to recover in any meaningful way and hundreds of millions of people will suffer enormous financial and mental damage for years to come.”

The ANC in Parliament said it was shocked and dismayed that both AfriForum and Solidarity have decided to approach the court to challenge the official government policy of BBBEE.

“It is our view that both the AfriForum and Solidarity are confirming to us that the struggle to deal with injustices of the past as reflected in the Constitution of the Republic is far from being achieved,” the ANC said.

“The triple challenges of poverty, inequality and unemployment affect South Africans in general and Africans in particular. It is therefore important that transformation in the tourism sector must actually be intensified more than ever before.”

The ANC said organisations such as AfriForum and Solidarity “must be exposed for what they are because clearly, they still crave for policies that disadvantage blacks in general.”

Finance minister must deliver new budget, but he needs a miracle to find the money
Business
2 years ago

Wine tourism had become an essential marketing tool for the Cape's wine producers.
Life
2 years ago
Next Article

1.
10,000 graduates to be employed in home affairs ...
National
2.
Clock is ticking for state to sweeten its wage ...
National
3.
Mkhwebane allegedly made big changes to Vrede ...
National
4.
Another member of the ANC KwaZulu-Natal cabinet ...
National
5.
Legislation is catching up with vaping as tobacco ...
National / Health

1.
10,000 graduates to be employed in home affairs ...
National
2.
Clock is ticking for state to sweeten its wage ...
National
3.
Mkhwebane allegedly made big changes to Vrede ...
National
4.
Another member of the ANC KwaZulu-Natal cabinet ...
National
5.
Legislation is catching up with vaping as tobacco ...
National / Health