Gauteng, Western Cape and KZN could stay under lockdown for longer 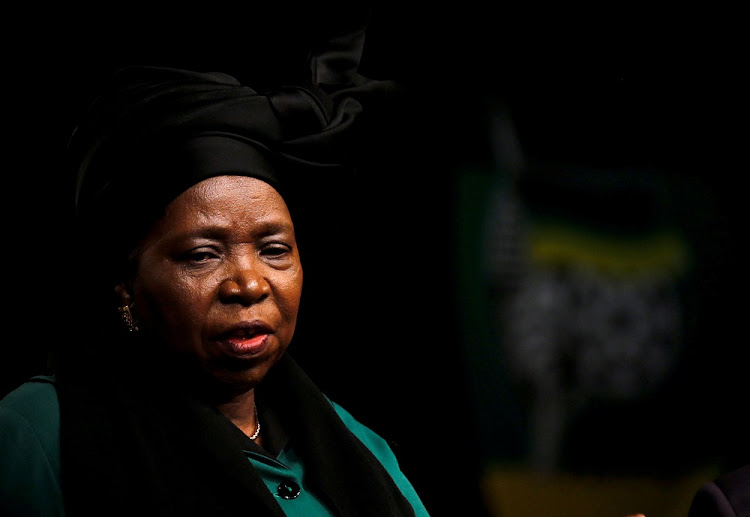 Gauteng, the Western Cape and KwaZulu-Natal, which contribute about 65% to SA's economy, could remain under a strict lockdown even after the government relaxes conditions for the rest of the country, co-operative governance and traditional affairs minister Nkosazana Dlamini-Zuma said on Tuesday.

SA is under a five-week lockdown, which is due to be lifted at the end of April, as the government battles to contain the spread of the highly contagious and potentially deadly coronavirus.

In an online briefing to MPs, Dlamini-Zuma said the lockdown would be lifted in stages and those areas worst affected were likely to remain under strict movement control for the foreseeable future. That will all depend on the infection numbers.

“There may be differentiated lockdowns in places.”

She said it may remain stringent where infections are high such as Gauteng, the Western Cape and KwaZulu-Natal.

“Even if it comes to an end [the lockdown], it won’t end instantly. Big gatherings will not happen any time soon,” the minister said.

The lockdown has brought economic activity to a grinding halt and the government is now under pressure to at least partially open the economy to avert permanent company closures and mass job losses.

Dlamini-Zuma said blaming the lockdown for the economic crisis was not entirely accurate as the pandemic itself would depress the economy even more “if we do not do anything about”.

The government has also been heavily criticised for some of the lockdown regulations, particularly on the sale of cooked hot food, alcohol and cigarettes with many critics viewing them as unreasonable and unnecessarily draconian.

But Dlamini-Zuma defended the controversial lockdown rules, saying relaxing them would undermine efforts to curb the spread of the disease.

“You can kiss the lockdown goodbye [if you allow] sale of cooked hot food,” the minister said.

Dlamini-Zuma said the ban on the sale of alcohol had also helped reduce violent crime and therefore eased pressure on the healthcare system as it prepared for a deluge of coronavirus cases.

The government has also come under fire for banning wine exports in updated regulations, hardly a week after shipments were initially permitted.

Transport minister Fikile Mbalula suggested that allowing the transportation of wine to the ports during the lockdown would attract thieves desperate to get their hands on alcohol.

“Every way one looks at it, [the ban on wine exports] seems a prime example of the exercise of power for the thrill of it, regardless of the damage it does, in this instance, to the Treasury, which needs every cent in tax revenue it can raise from the private sector,” said Geoff Jacobs, president of the Cape Chamber of Commerce.

“The way things are going, some people are beginning to think some measures taken to fight the spread of Covid-19 are akin to a man shooting himself in the foot because he is suffering from gout. The sooner this ban is lifted, the sooner our economy will recover once the emergency is over,” he said.

DA MP and co-operative governance spokesperson Haniff Hoosen warned that some of government’s lockdown regulations are likely to attract court challenges as they are unreasonable and heavy-handed.

“If the regulations are seen as unreasonable and heavy handed, people will soon take to the streets to protest. When you start coming with such regulations people will take you to court, and I do not think this is what you want as government,” said Hoosen.

Meanwhile, Dlamini-Zuma said discussions were taking place in the government to assist municipalities amid fears that they will be unable to pay salaries as residents struggle to meet payment obligations for services.

Correction: April 21 2020
This story has been corrected to reflect that minister Nkosazana Dlamini-Zuma included KwaZulu-Natal as one of the provinces that could still remain under lockdown

New research suggests that if SA chooses a lockdown as its main way to control Covid-19, a 193-day lockdown would be needed
Features
1 year ago

Why didn’t we just go out and buy 50,000 beds? There are lots of places to put them
Opinion
1 year ago

Use the tax system to pay out lockdown benefit, say economists