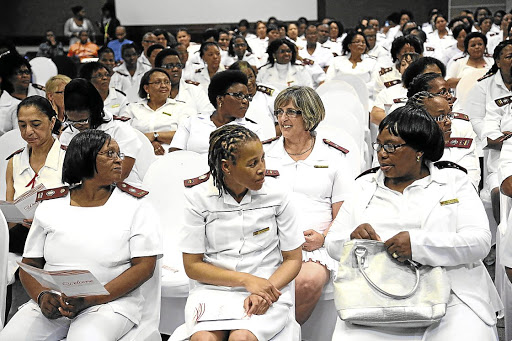 SA’s largest public service union, Nehawu, has called on public and private healthcare sector workers to not perform their duties if employers do not provide protective equipment to shield them against Covid-19.

The union's call followed health minister Dr Zweli Mkhize’s recent remarks that an ongoing investigation into allegations of noncompliance at Netcare St Augustine's hospital in Durban would reveal how and why 48 nurses tested positive for Covid-19.

Zola Saphetha, general secretary of the National Education Health and Allied Workers Union (Nehawu), an affiliate of union federation Cosatu, said they had observed “an upsurge” in the number of healthcare workers who had been exposed to the virus that has infected 3,158 people and killed 54 in SA.

On April 11, labour court judge Benita Witcher dismissed with costs Nehawu’s application to compel the national health department to provide protective equipment for healthcare workers amid the coronavirus pandemic, saying the union could not point to a legal norm that was breached.

“Private healthcare providers are the biggest culprits in failing to put proactive measures to protect workers from contracting the virus while in the front-line of actively fighting the virus,” said Saphetha.

“In this regard, we call on all healthcare workers not to perform their duties without proper and sufficient provision of protection in a manner that puts their lives at risk. Workers are encouraged to put their lives first before attending to the nation.”

Saphetha said they were calling on managers to not force or intimidate employees to work without protection as “this is tantamount to attempted murder and a criminal offence”.

In March, President Cyril Ramaphosa announced that 10,000 field workers would be visiting homes in villages, towns and cities to screen residents for Covid-19 symptoms. However, Saphetha said the union was aware that not all the field workers were screened and tested before performing their duties.

“The supply of adequate personal protective equipment and training must also include community healthcare workers who are vulnerable to contracting the virus while being exposed in communities,” he said.

Mkhize referred questions to his spokesperson, Dr Lwazi Manzi, who said her colleague would respond later on Monday.

Union to serve papers on Gwede Mantashe in bid for binding regulations on screening, testing and social distancing
National
1 year ago
Next Article