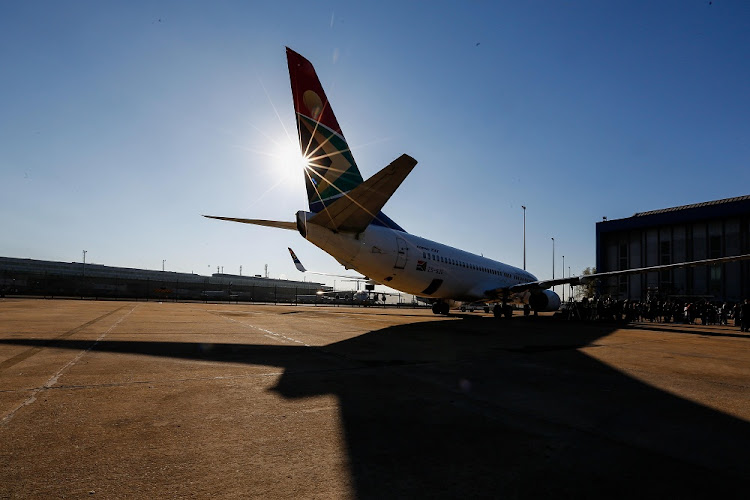 The government has told the SAA business rescue practitioners (BRP) that it is unable to provide the airline with further funding, portending its imminent death or at best an orderly winding down.

It also refused its request to raise funding for the airline in foreign capital markets. SAA is unable to raise further funding in domestic markets and owes significant debt to a consortium of local banks. SA Express, also state-owned, is in liquidation.

The practitioners, Les Matuson and Siviwe Dongwana, advised creditors of the development on Tuesday, saying that they were “assessing the impact of this development on the business rescue process and will communicate any developments in due course.”

Based on the business rescue options selected by the department of public enterprises, the BRPs had advised the government that a minimum of a further R7.7bn would be required to fund SAA into the next phase.

Matuson and Dongwana had expected that this funding would be made available in the February budget. Instead a provision was made to repay R9.2bn of historical debt. A further R2bn borrowed from banks and R3.5bn from the Development Bank of Southern Africa which had already been extended to fund the rescue process.

On December 20, Matuson warned that if SAA could not be rescued through restructuring then “a structured wind down” is the next option. He noted that “the vast majority of business rescue proceedings in SA have followed the second outcome”.

The government has poured billions into SAA over the past decade in the hope of saving the airline. In a statement completely at odds with the letter to creditors, the department of public enterprises said on Tuesday evening that SAA, like all airlines, had been affected by the Covid-19 epidemic but that the government remained committed to saving the company.

“The department continues to engage the Business Rescue Practitioners and other stakeholders, including unions, to explore options going forward with the necessary urgency. “We are of the firm conviction that SA needs a viable and sustainable set of airlines. Working with the Business Rescue Practitioners, we must urgently determine the operating and business model for a rescued airline, with a sustainable financial model,” said the statement.

The company had previously suspended flights to a number of Southern African countries, including Zimbabwe, Namibia, Zambia and Mauritius
Companies
2 years ago

LUKANYO MNYANDA: SAA is an expensive distraction we could have done without in time of crisis

Delay in release of SAA rescue plan as practitioners get extension

SAA will have debt and interest payments taken care of

SAA job cuts to be fast-tracked

Delay in release of SAA rescue plan as practitioners get extension

SAA will have debt and interest payments taken care of

SAA job cuts to be fast-tracked