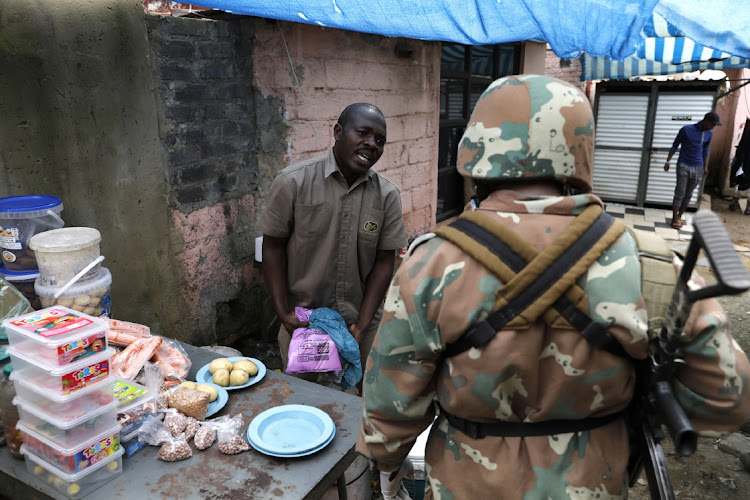 Any person arrested for a petty offence during the nationwide lockdown must be released and warned to appear in court on a later date, according to new regulations gazetted by justice & correctional services minister Ronald Lamola.

The petty crimes were not defined in the regulations but would ordinarily be seen as those that do not constitute a physical threat or violence. These could include petty theft and traffic offences.

The new regulations also stated that all civil cases that are identified as not urgent should not be placed on the court roll for the duration of the lockdown.

SA was placed in lockdown under the national state of disaster declared to curb the spread of the coronavirus. The lockdown is due to end at midnight on April 16.

Under the new regulations gazetted on Tuesday, all criminal trials placed on the court roll during the lockdown must be postponed until after the lockdown. Only those where the interest of justice dictates otherwise, or where special arrangements have been made for judicial officers involved in the matter, can go ahead.

In terms of the rules, no awaiting-trial detainees held in correctional centres and police holding cells may be brought to any court unless it is for a first appearance, a bail application and a matter where special arrangements have been made with the judicial officers involved in the matter.

The rules further stipulate that all matters where children are detained must be remanded in absentia.

Where necessary, police officials and prosecutors must fix bail in terms of section 59 of the Criminal Procedure Act, which deals with bail for an accused before a person appears in a lower court for the first time.

In terms of the sections of the act referred to in the regulations, a person can be released on bail by any police officer or someone who is above the rank of non-commissioned officer, in consultation with the investigating officer, if the accused deposits the bail amount at the police station.

According to the regulations, an accused person can also be released where necessary on the basis of a section of the act that allows for an accused person to be called on in a written notice to answer to the charges he or she is facing.

Heads of courts, however, retain the discretion under the regulations to authorise the hearing of matters through teleconferences or video conferences or any other electronic mode that does away with the necessity to be physically present in a courtroom.

The execution of writs by sheriffs must be limited to cases that are urgent and essential, such as court orders relating to Covid-19, the serving of domestic violence protection and harassment orders, and those relating to the court process in family law matters.

In terms of the regulations, notices that are not urgent, such as eviction notices, will be suspended for the duration of the lockdown.

The provision of legal aid by Legal Aid SA will also be limited to urgent and essential cases during the lockdown.

However, Zweli Mkhize warns it is too early to gauge the effect of the national lockdown
National
2 years ago

Medicines regulator: do not use rapid home test kits for Covid-19

The regulator says the tests are potentially inaccurate and may fail to detect the disease in its early stages, thus giving a false negative
National
2 years ago

Most of the complaints relate to hand sanitisers, face masks and toilet paper, Competition Commission says
National
2 years ago

Government is doing what it can to help citizens to sit tight safely or return home, says Naledi Pandor
National
2 years ago

Relief measures to help you financially through the next three months