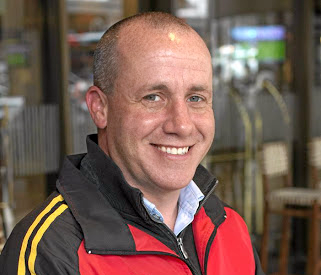 Union federation Cosatu has appealed to the National Council of Provinces (NCOP) to urgently adopt proposed amendments to the National Minimum Wage Act to prevent abuse by employers.

The NCOP’s select committee on employment and labour is busy processing the National Minimum Wage Amendment Bill, which aims to correct a cross-referencing error that meant there was no retrospective application of the act.

The absence of this retrospectivity meant employers could reduce wages in anticipation of the enactment of the minimum wage, which took effect on January 1 2019. The retrospective clause will make it an unfair labour practice for an employer to unilaterally alter wages, hours of work or other conditions of employment in connection with the national minimum wage.

Cosatu parliamentary co-ordinator Matthew Parks expressed regret in a presentation to the committee on Tuesday that the bill had not been given priority and was not passed by the previous parliament. He said the mistake in the original bill, which was adopted by parliament, has exposed workers to victimisation.

Parks also urged the select committee to agree to the insertion of the clauses requested by the Commission for Conciliation, Mediation and Arbitration (CCMA) to make its judgments on the national minimum wage immediately enforceable as appeals to the labour court have the effect “of dragging on such matters to the unaffordable detriment of workers”.

“The select committee should insert an additional provision into either the National Minimum Wage Act or the Basic Conditions of Employment Act’s section 80 stipulating that the national minimum wage findings of the CCMA are immediately enforceable. While this does not preclude the right of parties to take their matters further to the labour court, workers should not be disadvantaged and subject to endless delays when their national minimum wage is dragged out over two years in the labour court,” Parks said.

He said there has been more than 8,000 dispute referrals to the CCMA.

He said that employers are failing to abide by the provisions of the act and are not consulting workers when applying to the department of employment and labour for exemptions.

He alleged that employers are making fraudulent claims for exemptions and dismissing workers who complain. He also alleged that the department is not enforcing the act by not naming and shaming employers who break the law and by not publishing the names of employers who receive exemptions.

Cosatu is also not satisfied with the work of the National Minimum Wage Commission, which Parks said failed to review and recommend an annual increase in time for 2020; allowed the wage gap of domestic and farm workers relative to the national minimum wage to increase rather than decrease; and failed to fully take into account the level of inflation when making its recommendation for an annual increase in the national minimum wage.

Cosatu also wants the National Minimum Wage Amendment Bill to include provisions ensuring that actors and performers are included in the definition of worker so that they can enjoy the same rights and benefits as other workers under a number of labour-related laws, namely the Basic Conditions of Employment Act, the National Minimum Wage Act, unemployment insurance and workmen’s compensation for injuries suffered at work.

The CCMA dealt with 38,588 retrenchment notices in just one year and things are going to get even worse, says director Cameron Morajane
National
1 year ago