No DBSA financing on the cards for Eskom 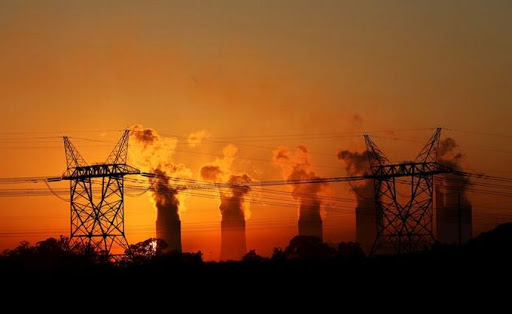 The Development Bank of Southern Africa (DBSA) has a very high exposure to Eskom and does not plan to make any further loans to the over-indebted electricity utility, the bank’s chief investment officer and acting CEO Paul Currie told MPs on Tuesday.

Currie, who temporarily took up the mantle at the bank while CEO Patrick Dlamini was overseas, also stressed that the R3.5bn bridging loan by the bank to SAA was made only because the airline was in business rescue and the loan was made to facilitate this process.

Currie and his team of executives briefed the National Council of Provinces select committee on finance on its mandate and performance to date, but were questioned at length by MPs about the SAA loan.

Currie said the DBSA had historically not funded SAA. It had granted Eskom a “massive” R15bn loan in 2010 to fill a funding gap for its mega-projects when Eskom was performing well; to date, the utility has honoured all its interest payment obligations. The loan was prompted by the threat of market failure as Eskom could not raise the money commercially.

The DBSA had also participated with commercial banks a few years ago to provide bridging finance to Eskom. “This is something we do occasionally but typically in exceptional circumstances. It is not something we do regularly,” Currie said.

He stressed that because of the bank’s large exposure to Eskom, no new loans are envisaged as this would probably exceed prudential limits.  “You can never say you will or won’t do something. It will depend on how it is structured. Eskom would certainly not be a target for us to lend to at the moment.”

DA MP Willie Aucamp said that the bailout for state-owned enterprises (SOEs) is jeopardising DBSA support for infrastructure, as required by its mandate. He also asked whether the bank is independent and whether pressure had been put on it to make the loan to SAA.

Currie said that SAA’s prior requests for funding had been refused by the DBSA and instead had been funded by commercial banks backed by a government guarantee. With regards to the R3.5bn loan granted recently, the DBSA was approached by the department of public enterprises, the National Treasury and SAA business rescue practitioners for bridging finance pending the appropriation of funds by the government, which would repay the loan in a few months time.

The government was not able to make the R2bn capital injection it promised SAA in time and could not wait for the conclusion of the budget process, DBSA group executive Zodwa Mbele said. The six-month loan is backed by a government guarantee. “Failure to do this would result in the collapse of the business rescue process and probably [mean] a liquidation,” Currie said.

Currie said money had not been taken from other projects to make the loan to SAA, noting that the DBSA has a gearing of 130%. It had raised the money in the market.

He said the DBSA has exceptionally strong financial disciplines, good governance and strong leadership, and an environment that resists any form of influence.

The decision to make the SAA loan was a difficult one because of the inevitable “noise” in the market, but if faced with the same situation again the bank would take the same decision as it is in the interests of the country.

Currie stressed that the loan was on commercial terms.

Airline going out of business could devastate the aviation industry, and the disbursement carries “zero” risk, says bank
National
2 years ago

SAA to cancel more flights to save money

WATCH: How the Development Bank threw SAA a lifeline

WATCH: How the Development Bank threw SAA a lifeline