Disappearance of the sharks was causing concern in Cape Town 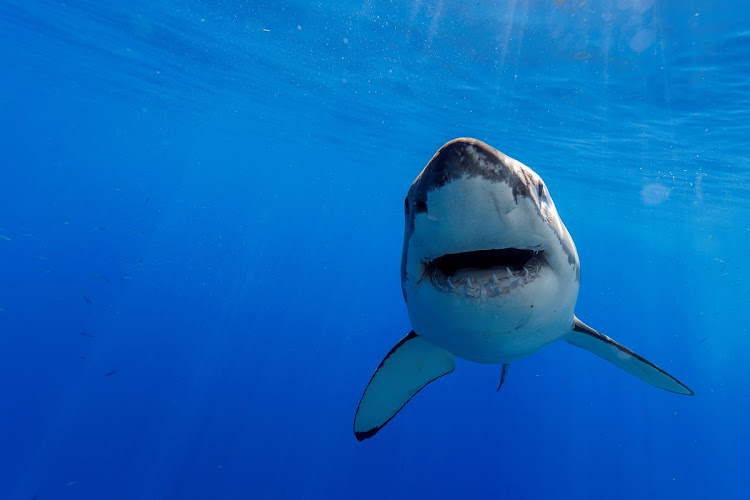 The first great white shark in 20 months has been spotted in False Bay off Cape Town, easing concern that one of the region’s biggest tourist attractions had gone for good.

The shark was spotted by the operator of a cage diving operation off Seal Island, said Gregg Oelofse, who oversees coastal management for the City of Cape Town.

“One has got to be cautious,” he said, noting that it’s just one shark and the animals are more commonly seen in the middle of the year. Still, “we are very happy there has been a sighting”.

The disappearance of the sharks had caused concern in Cape Town as their presence was the main drawcard for tourists paying for cage dives, an industry that supports 750 jobs. The reasons for their absence are unclear, but scientists have suggested it could have been due to the presence of two orcas known as Port and Starboard, who prey on the sharks, or to overfishing of prey species or climate change.

Spotters, who began monitoring the city’s beaches 15 years ago after a series of fatal attacks, averaged 205 sightings annually between 2010 and 2016. Sightings fell to 50 in 2018 and then none were seen.

The sharks are famed in False Bay for leaping out of the water, or breaching, in pursuit of seals. They can weigh 2-tons and measure as long as 5m.

Joburg-based SFM, which focuses on sustainable forest projects, plans to spend about $190m on a sugar project in the central African country
Companies
1 year ago