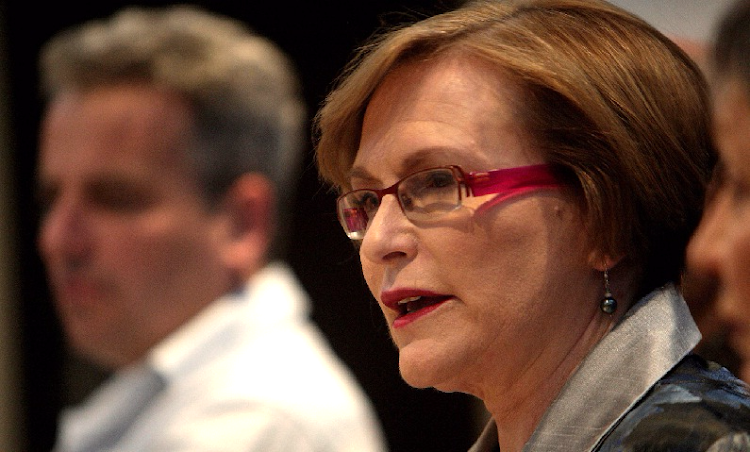 DA federal council chair Helen Zille gave a clear sense of the direction in which she would like the DA to move at its forthcoming policy conference, telling the Cape Town Press Club on Thursday that the party should unashamedly reject black economic empowerment and affirmative action based on race.

The DA has spent years divided on how to deal with both these policies without arriving at an unambiguous conclusion. The resignations last week of leader Mmusi Maimane and Johannesburg mayor Herman Mashaba were linked to the party’s stance on race.

As part of a process of renewal following its poor electoral performance, a review report had recommended that Maimane and two other top leaders step down. The review report also recommended that the party hold a policy conference to clarify its philosophical standpoint and key policies, especially on race-based redress.

In her first public address since the departure of the two as well as former federal chair Athol Trollip, Zille said the party and its members should not apologise for rejecting race-based policies of redress or expressing views on race-related issues because of their white skins. The DA should promote its values — the rule of law, due process, and a need for a capable state — without apologising.

“We have to do that unashamedly without saying we are terribly sorry to say this in spite of the colour of our skins and we can challenge the fact that ‘whiteness’ is a category and that all whites are equally evil and responsible for all SA’s problems ...

“We must challenge the idea that blackness is a proxy for disadvantage when it enables this fig leaf for corruption and the kind of mess we are seeing in the state-owned enterprises,” she said.

The DA was strongly in favour of redress, she said, but not on the basis of race which has allowed a small group of the politically connected to get very rich and to get jobs.

“If you want redress in a complex society that has huge measures of poverty and inequality, firstly you need economic growth, skills development and job creation,” she said.

Earlier in the week, John Steenhuisen, the DA’s new parliamentary leader and an aspirant to the position of leader, told the press club that he believed that race was a proxy for disadvantage, but it was one of many factors that could be used.

Zille said this was her position and it would be debated. The review panel recommended that while the DA should have a compassionate political stance and commit to overcoming poverty and inequality, it advised the party not to use race as a criterion.

“We are going to have a policy conference and we are going to discuss whether race is still a proxy for disadvantage when what it has done is to make the ‘bureaucratic bourgeoisie’ — as described by finance minister Tito Mboweni — become millionaires. Most people in the DA will agree, but as I say it is not the default position in SA,” she said.

Zille also said that contrary to much of the commentary on the DA over the past two weeks, the party had not imploded and there had not been a mass exodus after Maimane quit.

Mmusi Maimane’s resignation was, on his own terms, inevitable: he failed, for whatever reason, to grow the DA. But his departure spotlights afresh ...
Features
1 year ago

The DA has a cult of personality problem, and with Mmusi Maimane gone, the next personality to rule will ensure the party has the same problem
Opinion
1 year ago

LETTER: DA on the skids

Speculation rises Mmusi Maimane will step down as DA leader

Herman Mashaba trashes the DA in his resignation address

Speculation rises Mmusi Maimane will step down as DA leader

Herman Mashaba trashes the DA in his resignation address