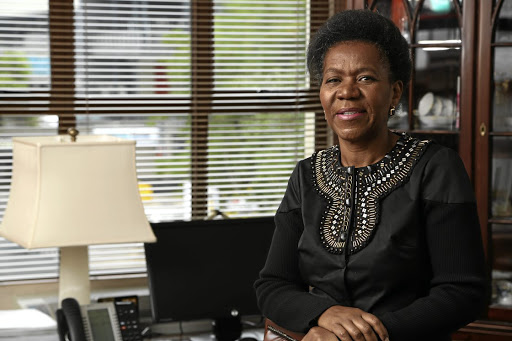 Transnet has signed a manganese rail contract worth R3bn with Kalagadi Manganese, the 10th and final contract in its plans to move 15.1-million tonnes to SA’s ports this year.

Kalagadi, which is ramping up a R9bn mine and sinter plant near Hotazel in the Northern Cape, agreed to move 650,000 tonnes of sinter, which is a higher grade manganese product for the steel industry than ore, in the first year and then a million tonnes a year in the following years up to October 2023.

Transnet has now put in place contracts for SA’s 10 manganese producers, which include eight newcomers, a number of which are producing in excess of 2-million tonnes a year of ore, said Mike Fanucchi, Transnet’s chief customer officer.

Kalagadi will be the largest source of independently produced sinter for steel makers when it reaches its planned production capacity of 2.4-million tonnes a year by 2021/2022, said executive chair Daphne Mashile-Nkosi.

“We’ve put in all our infrastructure,” she said. “Today is a historic moment. We have a signed a contract that is a take-or-pay deal. I can’t fail. I have to deliver.”

Kalagadi’s rapid loading station on a loop of rail can correctly load a train of 104 wagons with 63 tonnes each in less than four hours.

Transnet is using every available port in SA to export manganese instead of just the dedicated manganese terminal at Coega near Port Elizabeth in earlier iterations of its manganese transport plans, said Fanucchi. This arrangement, along with help from its customers, has allowed Transnet to grow its capacity to 15-million tonnes a year from 5-million tonnes in 2012 at a cost just a 10th of the original R29bn budget, he said.

The next phase will cost about R2.5bn to grow capacity to 18-million tonnes a year over the next couple of years, he said.

“If we had spent that R29bn to grow capacity to 16-million tonnes — and bear in mind we’ve spent a fraction of that to get to 15-million tonnes — the cost of getting manganese out of SA would have been a lot higher and we’d have been less competitive in the world market,” Fanucchi said. “If there is a beacon of light on how to do business and best serve SA, this is a very clear example.”

Kalagadi is nearing the testing of a prototype battery developed by a researcher it is funding, said Thulo Malumise, the company’s CEO. The battery, which will be suitable for use in applications such as electric vehicles, uses manganese, one of the minerals identified as among those used for energy storage that include lithium, cobalt, nickel, copper and vanadium.

Kalagadi regards the development of manganese as one of the key minerals in electricity storage as a critical development for SA, which holds 80% of the world’s known resources of manganese, as a way to create jobs and wealth for the country, Mashile-Nkosi said.

Kalagadi is keen to talk to other producers in the Northern Cape to set up manufacturing infrastructure once it has proved its battery technology as a way to create an industrial hub, she said, potentially using smelting complexes either closed or underutilised by other manganese producers.

Transnet signs deal with UMK to move manganese to ports

White elephant ‘will be a black elephant spewing manganese’

White elephant ‘will be a black elephant spewing manganese’