The reconfigured department is prioritising turnaround strategies for the two entities, both of which are relying on government bailouts 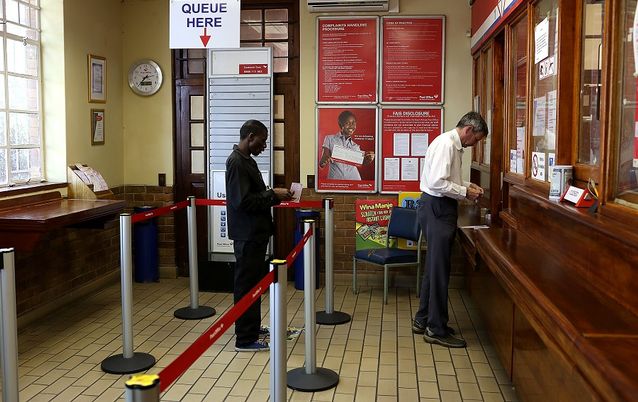 The Parkview Post Office in Johannesburg. Picture: THE TIMES

The reconfigured department of communications and digital technologies says it will prioritise the strategic turnaround of two major entities in its portfolio: the SABC and SA Post Office (Sapo).

The department, which is finalising its merger with the department of telecommunications and postal services, briefed MPs on Tuesday on the reconfiguration process. Department officials said that a turnaround strategy for the SABC will be finalised by the end of September, while that of Sapo is “gaining traction”.

The two entities have been hamstrung by acute management and financial problems in recent years, which have left them on the brink of collapse. The SABC, which remains the main source of news and commentary for millions of South Africans, has previously warned that it could be forced to switch off its cameras and microphones due to its debilitating financial situation. It has requested R3.2bn from the government to stay afloat.

Sapo is facing a similar crisis and continues to rely on government bailouts to stay afloat, along with other state-owned entities (SOEs) such as Eskom and SAA. It posted a loss of R908m for the 2017/2018 financial year. Its CEO, Mark Barnes, recently resigned following a disagreement with the government and the board on their decision to completely separate Sapo and Postbank, which has applied for a full banking licence.

Establishing the bank was seen as one aspect of a multi-pronged strategy to modernise Sapo and put it on a profitable and sustainable path in the face of the growth in digital communication.

“Sapo turnaround has been long in the making and is gaining traction as the entity is positioning itself as the infrastructure for delivering a variety of government services,” deputy minister Pinky Kekana said in a presentation to MPs on Tuesday.

“This needs to be supported by ongoing investments, particularly in digital technologies, to enable and support this value proposition. Major opportunities exists in the e-commerce space to further diversify revenues by providing a technology platform for small-, medium-, and micro-sized enterprises (SMMEs) and the logistics for the entire industry.”

Postbank is a subsidiary of Sapo and has its own board. The government and the ANC have stated their intention to convert the bank to a fully licensed, state-owned bank. Barnes’s vision when taking on the job to rescue Sapo was to create an integrated service providing mail, logistics and financial services in one entity. The department confirmed on Tuesday that the ownership of Postbank “is completely removed from Sapo”.

“The Bank Controlling Company (BCC) has been finalised and [is] in the implementation stages. In the new BCC structure, the minister of communications and digital technologies will now become the sole shareholder of Postbank … The department is in the process of finalising the required amendments to the SA Postbank Limited Act.”

As for the SABC, the department said a turnaround strategy is to be finalised by the end of September 2019 “to put the public broadcaster on a sound operational and financial footing in order to deliver the mission to inform, educate and entertain”.

This, the department said, will involve an assessment of the public mandate and how it will be funded

Meanwhile, the department is considering merging three regulatory institutions within its portfolio, namely, the Independent Communications Authority of SA (Icasa), the Film and Publication Board, and the .za Domain Name Authority. The aim is to have a holistic regulation across the internet value chain, including domain name regulation and internet governance.

A decision to merge will only be made after an impact study of these entities has been completed, the department said.

The Inkatha Freedom Party (IFP) has lashed out at the government for supporting ailing state-owned enterprises (SOEs), saying it's akin to throwing ...
National
2 years ago

WATCH: Where does Mark Barnes’s resignation leave the Post Office?

PETER BRUCE: Banking on a Post Office without Barnes a foolish mistake

SABC on the brink of a switch-off

PETER BRUCE: Banking on a Post Office without Barnes a foolish mistake

SABC on the brink of a switch-off