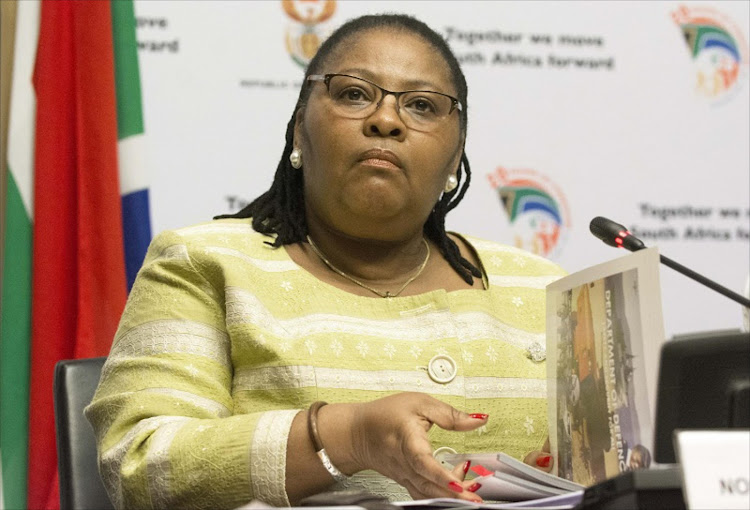 The deployment of the South African National Defence Force (SANDF) to gang-infested areas on the Cape Flats was a temporary measure and is not sustainable, defence and military veterans minister Nosiviwe Mapisa-Nqakula said Tuesday.

She said the deployment was not a permanent solution and was not going to help in the long term, though in the short term would allow the police to do its work.

Mapisa-Nqakula was answering questions in the National Council of Provinces (NCOP) in an engagement between ministers in the peace and security cluster with MPs.

She was asked by DA MP Cathy Labuschagne whether the deployment of the SANDF had yielded successes. The minister said that it had been a success in opening up previously closed areas to other state entities and enabling them to deliver services. However, she stressed that restoring law and order was not an overnight and instant occurrence and that the deployment could not permanently fix the problems in the affected areas.

Mapisa-Nqakula stressed that the major causes of the crime and violence were the socioeconomic conditions, unemployment and poverty conditions in these areas and could not be removed through the deployment of soldiers and effective policing.

A total of 1,320 soldiers were deployed in July to 10 priority areas — Bishop Lavis, Mitchells Plain, Delft, Elsies River, Nyanga, Khayelitsha, Mfuleni, Philippi, Kraaifontein and Manenberg — to assist the police in fighting gang-violence and crime, which have cost the lives of hundreds of people in 2019. Many residents have been killed by stray bullets shot during gang warfare.

The deployment, made at the request of police minister Bheki Cele and which was approved by President Cyril Ramaphosa, was announced by Cele in his budget vote speech early in July and was set to last for three months from July 18 to September 16. Ramaphosa said in a letter to speaker of the National Assembly Thandi Modise that the deployment was estimated to cost R23.4m.

Earlier in August, Cele said that more than 1,000 people had been arrested since the deployment of the soldiers.

Mapisa-Nqakula said the SANDF was never designed or aimed to be used internally but that it was necessary when state control and authority was being undermined to such an extent that it endangered the lives of citizens and led to the destruction of  property.

Deployment of army to Cape Flats not a permanent solution, says Mmusi Maimane

How will troops in among civilians on the Cape Flats help?

Defence force intervention in Cape Flats must have ‘element of surprise’

How will troops in among civilians on the Cape Flats help?

Defence force intervention in Cape Flats must have ‘element of surprise’