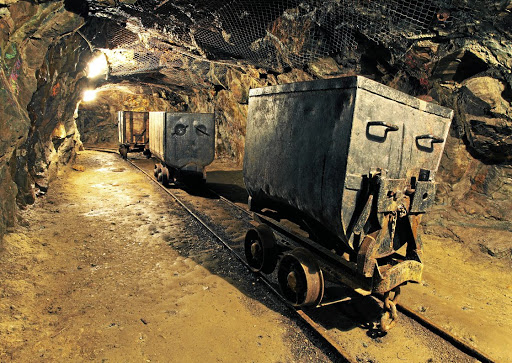 The legal challenge to remove all mining charters gazetted after the first charter was “definitely going ahead”, Hulme Scholes, the lawyer behind the action, has said.

Scholes, who has a long history in SA's mining law and challenging the department of mineral resources and energy in court, argues the underlying Mineral and Petroleum Resources Development Act allowed only one iteration of the Mining Charter, which was the first one implemented in 2004.

Scholes, who brought the challenge three years ago, along with his law firm Malan Scholes, is waiting for the Minerals Council SA to submit an affidavit in the case or present arguments against the challenge.

“We are waiting for the Minerals Council to file its affidavit to either confirm the challenges we brought against the charter or to put their own view before the court,” Scholes said.

“We are definitely going ahead with this.”

Speaking at the Afriforesight bulk commodities conference in Johannesburg, Scholes said he had excluded the first charter from his challenge and was seeking to set aside the second two charters gazetted in 2010 and 2018, because the minister had acted beyond the powers granted in the act.

"If we're successful we'll have charters two and three set aside and go back to the first charter," Scholes said.

The third charter upped the black ownership element of the underlying requirements to securing mining and prospecting licences to 30% from 26% and demanded refreshed empowerment deals for any sales or transfers of mining rights — something the council has given notice it will challenge in court.

The council is also unhappy about the procurement obligations stipulated in the third charter.

These issues are the subject of discussions between the council and the department, with the court challenge held in abeyance to give the talks a chance of success.

Other signatories to the first charter, including a number of trade unions, have been joined to the Scholes' challenge at the request of the court.

The industry had hoped for a greater degree of certainty that the third charter would not be changed again, at least for a decade, but the document instead allowed the minister to amend the document at any time, inserting an unnecessary degree of uncertainty, he said.

“If it's changed again anytime soon, that would be a disaster,” Scholes said.

Commenting more broadly on the industry, Scholes said the trust deficit between the department and industry, which had grown out of control during Mosebenzi Zwane's controversial tenure as mineral resources minister between 2015 and 2017, was showing signs of healing under new minister Gwede Mantashe.

Zwane not only stood accused of completely ignoring the council's inputs into his version of the Mining Charter introduced in June 2017 and quickly suspended, knocking billions off JSE-listed mining stock valuations, but he was linked to the politically connected Gupta family, which stands accused of corruption and malfeasance.

Decisions were taken now on a more administrative basis rather than for political reasons, and turnaround times on decisions were faster than was the case under Zwane's leadership, he said.

“I deal with the department on a daily basis and the situation has improved a lot... The glass was half empty. It's now half full, but it's still only at half,” he said.