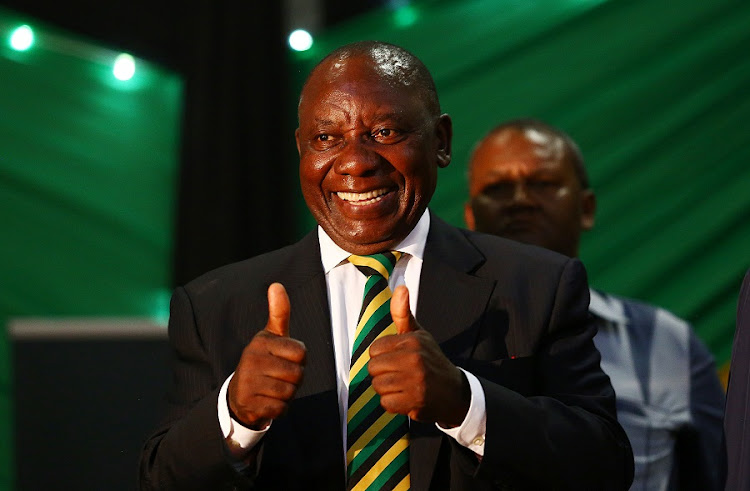 The presidency maintains that neither President Cyril Ramaphosa nor his 2017 campaign for the ANC presidency have done anything ethically or legally wrong, saying it is common and accepted practice in SA and across the world for parties and candidates to raise funds from donors.

“It was agreed that the campaign would raise funds from private individuals who supported the effort to restore the integrity and cohesion of the ANC and to put SA back on a path of growth and transformation, with an explicit understanding that their contribution would earn them no special favours or undue advantage,” presidency spokesperson Khusela Diko said.

The issue of party funding has been in the spotlight in 2019, especially after testimony at the state capture inquiry suggested companies such as facilities management firm Bosasa had bribed politically connected individuals and the governing party.

This followed the signing, in January, of the Political Party Funding Act, which provides guidelines and regulations on the funding of political parties. It includes, among other measures, a ban on donations from foreign sources and a requirement that parties disclose all donations above a certain threshold.

Though the act does not apply to funding for individual politicians running internal party campaigns, current events have opened the debate on whether such funding, too, needs to be regulated.

The ANC admitted last week it does not have a policy that deals with internal campaign mechanisms, or the raising of funds by individuals or groups within the party.

Following its national executive committee meeting late in July, the party has directed its national officials to look into how these processes could be better managed.

Nonprofit organisation My Vote Counts (MVC), which was a fierce advocate of the Political Party Funding Act, has called on political leaders to disclose the funding their internal campaigns receive.

MVC director Joel Bregman said it is of concern that parties, especially the ANC, do not seem to have an internal policy to deal with the issue.

“It is absolutely a cause of concern because these are also places where influence can be bought, where to get to the top of your party, specifically the ANC, means you are going to be leader of the country,” Bregman said. “It is important that we know where the money is coming from and the sources of it.”

Bregman said the funding of internal party campaigns should be incorporated into the legislation. In his view, it is  important to know who funds the winners, but also who funds the losers.

The issue of funding for Ramaphosa’s “CR17” campaign came into focus again last week after leaked e-mails, published by News24, allegedly showed that Ramaphosa was aware of the identity of some of the donors to his 2017 campaign for the ANC presidency. This was despite the president’s claims that he was kept at arms length in his campaign effort.

Public protector Busisiwe Mkhwebane also referred to the e-mails in her report on the donation Ramaphosa received from Bosasa.

Ramaphosa has written to the court asking that information not be made public as he takes Mkhwebane’s report on the Bosasa donation on review.

The e-mails, published by News24, allegedly show that Ramaphosa knew who some of the donors to his CR17 campaign for the ANC presidency were
National
2 years ago

Busisiwe Mkhwebane eases back in fight with Cyril Ramaphosa

NEWS ANALYSIS: It is high time South Africans realise that there are no angels and devils

Federation notes several state-owned enterprises are on the verge of collapse, with jobs threatened
National
2 years ago

In January, President Cyril Ramaphosa signed into law the Political Party Funding Act, but it did not affect the 2019 elections
National
2 years ago
Next Article

Cyril will pay price for his cyberspace lapse

Cyril will pay price for his cyberspace lapse