‘Spectre of the ANC’ hovered over the SABC 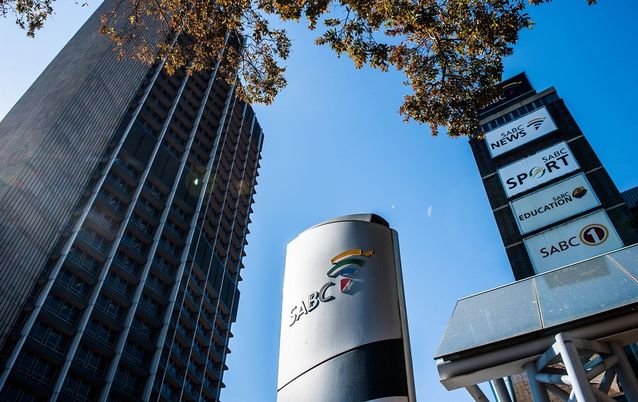 A commission of inquiry into editorial interference at the SABC has found that the “spectre of the ANC” hovered over the public broadcaster’s newsroom between 2012 and 2017.

Former president Jacob Zuma was the head of the ruling party during that time. During his presidency there were allegations that key state organs and utilities were captured by those close to him. The SABC was one such organisation.

The governing ANC has previously been criticised for allegedly attempting to turn the public broadcaster into its mouthpiece. This is said to have contributed to the acute governance and financial crises which have threatened to collapse the SABC in recent years.

The broadcaster, which remains the main source of news and commentary for millions of South Africans, has requested R3.2bn from the government to stay afloat.

An independent inquiry established in 2018 led by veteran journalist Joe Thloloe released its report on Monday detailing the extent of editorial interference at the SABC between 2012 and 2017.

According to the report, while there is no evidence of a direct line between decisions at ANC headquarters, Luthuli House, and decisions in the newsroom, “the spectre of the ANC hovered over the newsroom”.

The report also states that the evidence showed that from the year 2012 up until the year 2017, SABC executives took instructions from people with no authority in the newsroom, for example, then SABC board chair Ellen Tshabalala and Faith Muthambi, who was communications minister at the time.

‘Pain‚ anger and fear’ stalked the corridors of the SABC,...

Muthambi now serves as the chair of parliament’s co-operative governance and traditional affairs portfolio committee. This despite facing serious allegations including lying to parliament and abusing her ministerial position by sending confidential cabinet minutes to the Guptas, which allowed the family to influence government policies.

The former minister could not be reached for comment on Monday.

A parliamentary ad-hoc committee report released in 2017, which looked into the crisis at the SABC, also criticised Muthambi’s incompetence in carrying out her responsibilities as the shareholder representative.

The report also said Muthambi should be investigated by the ethics committee for possibly breaching the ethics code and the constitution. However, no action has been taken against her to date.

According to the report into editorial interference at the SABC staff members Nothando Maseko‚ Sebolelo Ditlhakanyane and Nyana Molete were “pivotal” to the execution of instructions from former SABC boss Hlaudi Motsoeneng and his right-hand men.

“They succumbed because of threats of dismissal from their immediate superiors‚” the report says.

Motsoeneng could not be reached for comment. But in an interview on eNCA on Monday afternoon, he said the report and its recommendations were “rubbish”.

The commission recommended that the group executive for news and current affairs be designated as the chair of the editorial policies and ethics committee under the SABC group executive.

The committee will serve as the highest point of upward referral by editorial line managers and seek to uphold the editorial policies at the broadcaster.

SABC board chair Bongumusa Makhathini said the board is deeply concerned about the findings on individual employees named in the report.

“It further notes the finding of the report that the SABC ‘suffered from the capricious use of authority and power to terrorise staff and to deflect the corporation from its mandate and its editorial policies.”

Makhathini said in this regard, the SABC commits to taking urgent disciplinary action against those implicated, in terms of the SABC’s disciplinary code and policies.

“The SABC wants to put on record that it will not tolerate any interference with the editorial independence of the newsroom. The publication of this report will help the SABC deal with its unfortunate past,” he said.

“The findings of the commission of inquiry therefore indicate Muthambi not only violated the Broadcasting Act which establishes the SABC as an independent institution, but also that she misled parliament during the SABC inquiry in 2016,” said Van Damme.

“During her testimony she explicitly said she ‘never’ interfered in the editorial decision of the public broadcaster.”

The report must serve as a stern warning to the ANC not to engage in political interference at the SABC, she said.

Sport minister to probe blackout of PSL matches on SABC

Sport minister to probe blackout of PSL matches on SABC