Government may have to increase borrowing for Eskom this year 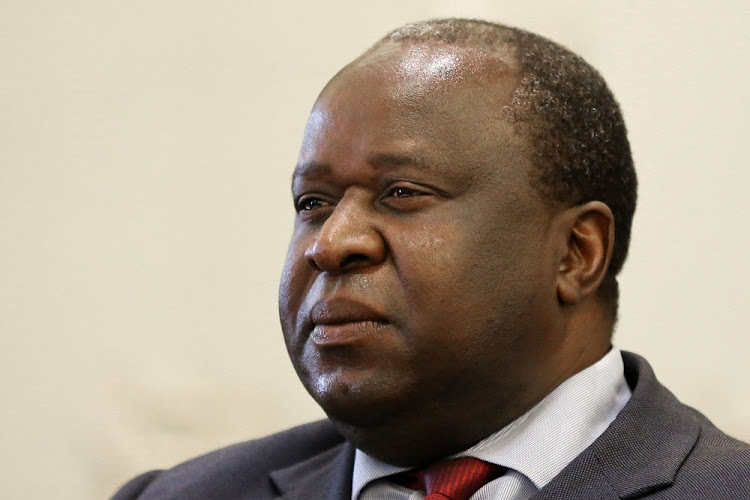 The government might have to increase its borrowing requirement substantially for 2019/2020 given the increased R59bn funding for Eskom over the next two years and the possibility of significantly lower tax revenue, finance minister Tito Mboweni said in the National Assembly on Tuesday.

The government might have to change its funding strategy and its current weekly bond issuance at levels beyond that which it had planned, and do so before the Treasury tables the medium-term budget policy statement in October, Mboweni said.

“We are facing a very serious financial situation,” he told MPs during his introduction of the Special Appropriation Bill, which allocates R26bn to Eskom for the 2019/2020 fiscal year and R33bn for the 2020/2021 financial year.

Higher debt will mean higher debt-service costs and without expenditure cuts and/or tax increases this will result in the budget deficit increasing, which will be of concern to credit ratings agencies. It will also threaten the government’s plans to stabilise the debt to GDP ratio.

Mboweni said these allocations to Eskom and preliminary indications that tax revenue could be significantly lower than anticipated in the February budget would have a significant impact on taxpayers. “The financial allocations we are announcing today will come at a significant cost to the fiscus and to SA taxpayers,” Mboweni warned.

The allocations would establish Eskom as a going concern and enable it to raise additional funding on the capital markets. Mboweni said the debt to GDP level had reached “unacceptable levels” and was the basis for a serious crisis in the country, and Eskom’s liquidity position had worsened.

He announced that he and public enterprises minister Pravin Gordhan might be in a position to announce the appointment of a chief restructuring officer (CRO) later on Tuesday.

He stressed that Eskom presented the biggest risk to the financial fiscal framework because of its financial difficulties and its negative impact on the lives of ordinary South Africans.

Given the risks to the economy of a systemic failure if Eskom were to collapse, the government is urgently working to stabilise the utility while developing a broad strategy for its future. Mboweni said the financial and operational challenges faced by Eskom were, to a large extent, caused by the governance challenges playing themselves out at the commission of inquiry into state capture, chaired by deputy chief justice Raymond Zondo.

With debt of about R440bn and an inability to generate sufficient revenue to meet its operational and capital obligations, Eskom is  not financially sustainable, Mboweni said. This exposed the entity to higher levels of liquidity and balance sheet risks

“Without major changes to Eskom’s business model and the financial assistance being provided by the government, it will be unable to meet its financial obligations through the 2019/2020 financial year,” Mboweni said.

“At a strategic level we must face the reality that a large, vertically integrated energy company is an outdated model in a changing industry, both domestically and internationally.”

Eskom to get extra R59bn from the government

The government aims to retrieve R14bn this financial year, but the total amount looted from SA since 1976 could be as much as R7-trillion, writes ...
Opinion
2 years ago
Next Article