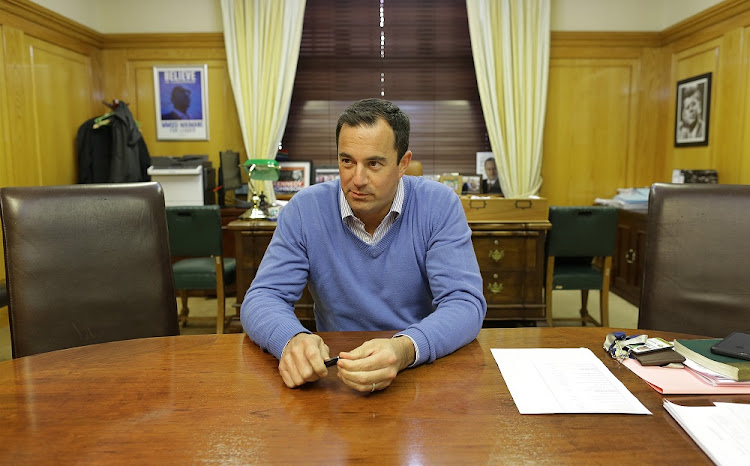 The DA said on Monday it will lay formal complaints with parliament’s ethics committee against the National Assembly's portfolio committee chairpersons associated with corrupt dealings. The party says they should not be eligible for those key positions of responsibility.

The ethics committee is responsible for enforcing the code of ethical conduct for MPs in both the National Assembly and the National Council of Provinces. It has the power to issue recommendations for tough sanctions against MPs found to have breached the code. However, it has largely been ineffective and has in the past failed to bring to book legislators accused of serious transgressions.

The DA is now hoping a newly constituted ethics committee for the sixth parliament will be able to act against controversial  Jacob Zuma-era ministers implicated in wrongdoing, such as Bongani Bongo, Mosebenzi Zwane, Faith Muthambi and Tina Joemat-Pettersson. The former ministers were put forward by the ANC to chair portfolio committees.

Portfolio committees, which are the foundation or engine room of parliament scrutinising legislation, and overseeing government action, are due to elect chairpersons this week. But this will be a mere formality since the ANC enjoys a majority.

DA chief whip John Steenhuisen said where appropriate, the party will be putting forward its own candidates for the positions of committee chairpersons.

“During previous parliaments, at least one House chairperson would also come from the opposition benches. The fifth parliament had been the exception in this regard. It is for this reason that the DA moved for an amendment to the ANC’s draft resolution in the National Assembly on Thursday. The ANC used their majority to vote against this,” Steenhuisen said.

He said the DA was concerned by Zwane’s nomination to lead the transport committee because he had been implicated in the Estina dairy farm project. That enabled the Gupta family allegedly loot millions of rand from the Free State government to pay for a luxurious wedding for their niece in Sun City.

The DA also raised issue with the nomination of former North West premier Supra Mahumapelo to chair the tourism committee.

“[Mahumapelo] gave millions in tenders to the Gupta family and refused to share or release damning forensic reports while cities and towns fell apart and health services in his province all but collapsed,” Steenhuisen said.

Another controversial nominee, Bongo, was not suitable to chair the home affairs committee, he said.

“Bongo was the Zuma-deployed minister of state security and has racked up numerous allegations of corruption and bribery against him, most infamously during the inquiry into state capture at Eskom, when he tried to bride advocate Vanara

“Tina Joemat-Pettersson [nominated to chair the police committee] — allegedly sold off the country’s strategic fuel reserves, at well-below market value, without the requisite permission while she was minister of energy.

“Sibongiseni Dhlomo [nominated for the health committee) was MEC for health in KwaZulu-Natal when the collapse of oncology services in that province deprived hundreds of thousands of cancer patients of treatment,” the DA chief whip alleged.

Steenhuisen said Muthambi, the former public service minister, was also not fit to lead a committee in parliament.

“Generally considered a corrupt and failing minister, she leaked confidential state information to the Gupta family and lied to Parliament’s ad hoc committee of inquiry into the crisis at the SABC,” he alleged.

“The truth is that a great many of the ANC’s chairperson candidates have allegations of corruption hanging over their heads or have a proven track record of disregard for good governance and disrespect for the institution of parliament. They have been set to guard over our committees, but in actual fact, they are wolves in shepherds’ clothing,” Steenhuisen said.

Ramaphosa’s vision for SA in his state of the nation address may have seemed almost whimsical. But the political nightmare he faces is very real
Features
3 years ago

If you were to ask any experienced builder whether he would want to build a new city or fix an old one, they’d all choose the new-build
News
3 years ago
Next Article

1.
If I am criminally charged, I will step aside, ...
National
2.
PODCAST | The ministry is standing in the way, ...
National / Labour
3.
Law centre takes on Gauteng over health care for ...
National / Health
4.
Eskom has spent R4bn on diesel so far in 2022
National
5.
Ramaphosa gets wheels turning to end Eskom strike
National

1.
If I am criminally charged, I will step aside, ...
National
2.
PODCAST | The ministry is standing in the way, ...
National / Labour
3.
Law centre takes on Gauteng over health care for ...
National / Health
4.
Eskom has spent R4bn on diesel so far in 2022
National
5.
Ramaphosa gets wheels turning to end Eskom strike
National