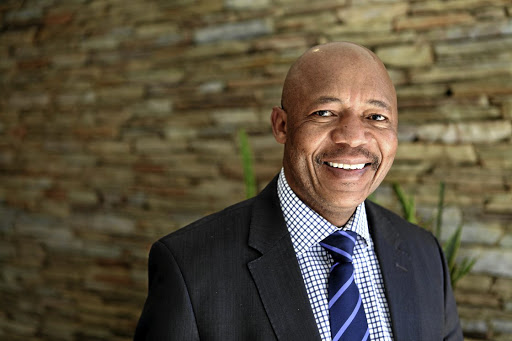 A pattern of the Public Investment Corporation (PIC) under its previous CEO, Dan Matjila, of taking the savings of public servants to lend billions of rands to select businessman to obtain large stakes in established businesses came strongly into focus at the Mpati inquiry on Tuesday.

In most cases, little or no security was required by the PIC, other than the shares of the company it was facilitating the acquisition of.

The degree of this was laid bare following the disclosure on Tuesday of terms relating to the state-owned asset manager’s acquisition of half the shares in mortgage finance company SA Home Loans.

According to the testimony of PIC executive Thipana Mongalo, it agreed to purchase 50% of the equity in SA Home Loans, comprising a 25% stake to be held directly on behalf of the PIC’s largest client, the Government Employees Pension Fund (GEPF), which represents the pension savings of the nations’ 1.7-million active and retired public servants.

The PIC also agreed to fund the acquisition of a 25% stake on behalf of Kholofelo Maponya’s consortium, Bolatja Hlogo Consortium.

The PIC paid R960m for the combined 50% stake, in essence advancing a loan of R480m to Maponya’s consortium. Exactly which other parties are included in the consortium was not disclosed. The consortium did not put any of its own money down for its 25% stake.

Maponya also accessed funding from the PIC in 2015 to acquire 100% of Daybreak Farms, a poultry producer. That deal saw Maponya borrow R1.2bn through another of his consortiums, Matome Maponya Investment Holdings (MMI).

In a similar vein to the SA Home Loans transaction, Maponya did not advance any money at the time of the acquisition of Daybreak Farms.

On Tuesday, Mongalo described how, following the acquisition of the combined 50% stake in SA Home Loans in 2013, the PIC then advanced a debt funding package of R9bn to SA Home Loans. This was for the specific purpose of facilitating the company’s ongoing lending activities to thousands of home buyers.

Mongalo indicated that a verbal agreement between the PIC and Maponya suggested that Maponya would be entitled to 50% of the fees generated from arranging the funding package to SA Home Loans. In essence, Maponya believed he was entitled to R45m based on a fee of 1% of the lending amount split equally between the PIC and his consortium.

“It is worth noting that the matter of the fees in question is currently [the] subject of litigation,” said Mongalo.

It was not clear from Mongalo’s testimony why Maponya believed he was entitled to a share of the fees. But according to Mongalo’s boss, Roy Rajdhar, the fee was agreed on verbally between Maponya and Matjila.

Following Maponya’s demands, the PIC attempted to pass the payment of the fees onto SA Home Loans.

“My understanding is that the SA Home Loans board deliberated on the issues and resolved that there is no basis to pay [Maponya] any fees,” Mongalo said.

Matjila told Mongalo in 2018 that following a discussion with SA Home Loans’ other shareholder, Standard Bank, “there is no mandate between SA Home Loans and MMI and, accordingly, there was discomfort with the company paying the sought fees”, said Mongalo.

Litigation between Maponya, SA Home Loans and the PIC is ongoing.

Maponya has not yet testified at the inquiry.

Big rise in the price of platinum group metals provides the asset manager with a chance to get a better return from its long-term investment, analyst ...
Companies
1 year ago

Testimony implies Matome Maponya Investment Holdings got the corporation to fund its 54% stake in the business and provide all required debt while ...
National
1 year ago