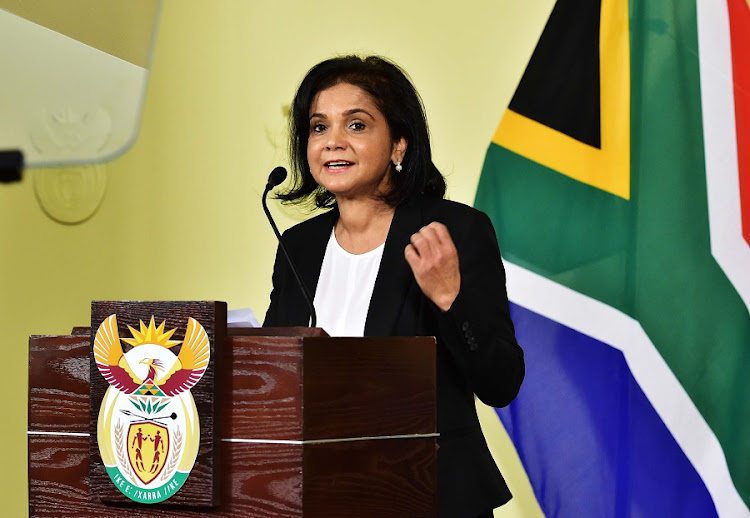 It was recommended that they were unfit for office and that they be removed.

Batohi took up the reigns of the NPA as national director of public prosecutions (NDPP) in February, after she was appointed by Ramaphosa in December.

She has been tasked with restoring the integrity of the NPA, which, according to the report that recommend their axing, Jiba and Mrwebi brought into disrepute.

Batohi said in a statement on Friday afternoon that Ramaphosa's decision following the inquiry, which was chaired by retired Constitutional Court justice Yvonne Mokgoro, had ended months of uncertainty in the NPA.

The president's decision will be sent to parliament within two weeks, which will then have 30 days to decide to either uphold the decision or ...
National
3 years ago

"It has unburdened the NPA from certain issues that have weighed negatively on the organisation’s credibility and reputation. It sets a new path for the NPA," Batohi said.

She said the decision comes at an important time for SA as the country "yearns for accountability and a revived commitment to the rule of law — a fundamental principle in our constitution."

"As the Mokgoro report reminds us, it is imperative that the NPA performs its critical role independently, in accordance with the law and the spirit of the constitution.

"Anything less weakens the rule of law, and ultimately undermines the social contract that binds South Africans together. The report decisively highlights the guiding principles that all prosecutors — regardless of rank or title — are expected to uphold," Batohi said.

The president said both senior NPA officials, Nomgcobo Jiba and Lawrence Mrwebi, lied under oath and deserved to be axed
National
3 years ago

Batohi said the decision will enable her to begin to move ahead on her commitment to rebuild the leadership of the NPA “in line with her vision for the organisation: a vision where justice wins again, and where all South Africans have confidence in the integrity and capacity of the NPA to deliver on its constitutional mandate”.

The decision has been widely welcomed after years of controversy over Jiba and Mrwebi's actions in the NPA.

The ANC said Ramaphosa's decisiveness reflected the ANC's commitment to renew SA and its institutions.

Nicole Fritz, from Freedom Under Law, which drove litigation to review and set aside the decision to drop criminal charges against former crime intelligence boss Richard Mdluli, said the decision offered an opportunity for the restoration of public confidence and trust in that embattled institution.

"Under the leadership of new NDPP Shamila Batohi, the NPA can today begin in earnest a process of rebuilding the institution, free of the corrupting influences of Ms Jiba and Mr Mrwebi," Fritz said.

In spite of the president having moved slower on issues the public might want to see resolved faster, he remains the best hope for leading our nation
Opinion
3 years ago

How to safeguard our democracy against corruption

The key task for opponents of corruption is to support the institutions and culture of democracy, writes David Lewis
Opinion
3 years ago

JUSTICE MALALA: The tragedy of the Zuma years