SA technicians have developed class-leading IT programs in several automotive activities, and BMW SA software is replicated in other countries 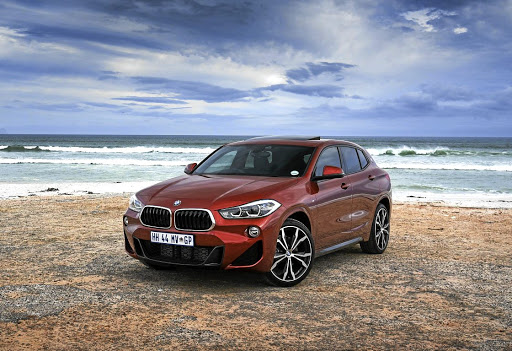 SA technological skills are driving BMW manufacturing and sales operations in 48 countries, including China, the US and UK, group IT executive Klaus Straub said on Tuesday.

In 2018, BMW SA exported more than R1bn worth of IT expertise to sister companies. Straub said SA technicians are also at the heart of international efforts to develop self-driving vehicles for logistics use.

Straub was speaking in Midrand, at the opening of a R260m extension to BMW SA corporate headquarters, to house 500 IT staff and a dealer training centre.

It’s the latest in a series of investments by the German-owned company over the past two years. Early in 2018, it completed a R6.1bn investment in the Rosslyn assembly plant, near Pretoria, to build the new X3 SUV. There’s also been a R260m parts distribution centre, while dealers have spent R2.2bn on new showroom and workshop facilities.

BMW SA MD Tim Abbott said the continued spending underlines the company’s commitment to SA. The terms of the government’s latest motor industry growth strategy, to take effect in 2021, have convinced the parent company that SA is a secure manufacturing base.

Abbott admitted that some elements of the strategy will challenge BMW SA in the short term. For example, the company, which exports more than 90% of production, will initially earn less in export-linked incentives. And it will struggle to achieve the eventual 60% local content level required. However, he said: “Overall, it is a very strong programme and still advantageous to us. It has secured our future here.”

Straub said SA technicians have developed class-leading IT programs in several activities, including manufacturing, financial services, procurement, human resources and sales. In some countries where the global group does not build vehicles, BMW SA is responsible for managing nearly all IT functions.

In other countries, where its programs are replicated for local use, the company still oversees operations. BMW SA played a valuable role in setting up Chinese manufacturing operations, he said.

SA IT staff are also working with teams from Portugal and Germany to create self-driving, autonomous forklifts for warehousing. Lessons learned from this project may have applications in the development of self-driving vehicles on public roads.

Mercedes A-Class is SA’s Car of the Year

New 8 Series a BMW with style and a sporty swagger

Mercedes A-Class is SA’s Car of the Year

New 8 Series a BMW with style and a sporty swagger