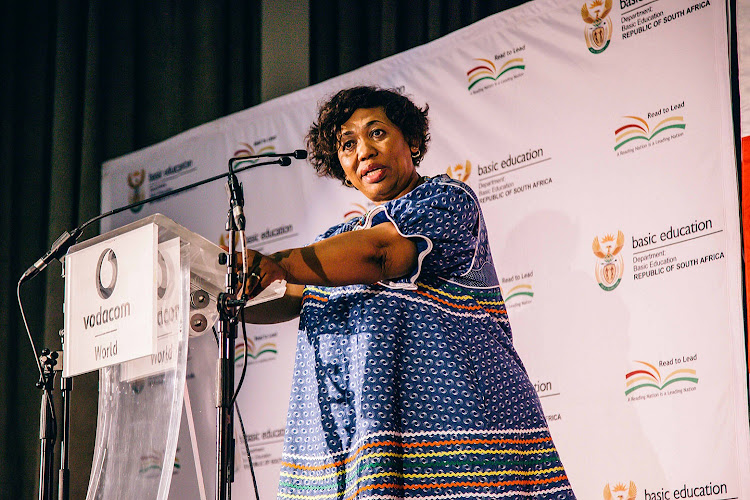 The government is still struggling to provide adequate school infrastructure, a situation that affects the quality of education imparted to pupils, a survey by the department of basic education has found.

Substandard infrastructure and lack of basic services are seen as barriers to quality education. The Eastern Cape has long been identified as one of the worst-performing provinces in education and this has partly been blamed on poor infrastructure and a shortage of qualified teachers.

The findings of the 2017 school monitoring survey published on Monday show that nationally 59% of schools complied with minimum physical infrastructure standards. It also found  that certain important facilities “were not universally available”.

Only 76% of schools had running water and 80% had adequately functioning sanitation.

The department’s survey, which sought to measure the progress of ordinary public schools’ towards achieving the key goals and indicators set out in key national strategic objectives in the basic education sector, considered among others, the percentage of schools with adequate classroom infrastructure.

“This aspect of school infrastructure will become part of the official norms and standards in 2020,” the survey report states.

Ideally each classroom should have 40 pupils per class. Nationally, 67% of schools had sufficient classrooms.

“It has to be noted that reporting based on the national education infrastructure management system (NEIMS) produces figures much higher in relation to learners with access to running water. The reason for the difference is that the 2017 [survey] followed stringent observation criteria on the day of the visit, including the functionality of services, while the NEIMS data is based on official delivery history and records about the installation of infrastructure,” the report states.

Teacher absenteeism has also been flagged as a major area of concern in the basic education sector, according to the survey.

The national average for teacher absence on an average day was 10%, with wide variations noted within primary and secondary schools, as well as across provinces.

Teacher absence in the Northern Cape (13%), the North West and the Eastern Cape (both at 12%) was higher than the national average of 9% for primary school teachers.

Teacher absence in Limpopo (6%) and Free State (7%) were lowest. Comparing the recent findings with a survey conducted in 2011 shows an increase in the national aggregate absence (from 8% to 10%) on an average day.

At a media briefing  on Monday, Motshekga said teacher absenteeism was “deeply worrying”.

“We have to do more to support teachers. There is need to [go] deeper into the statistics to understand this leave of absence phenomenon,” she said.

The report states that having a qualified teacher in class on a regular basis is an important factor that not only impacts on learning and teaching, but also on the efficient functioning of schools.

A total of 78% of schools had allocated teaching posts filled in 2017.

The department says the information provided by the survey will enable it to fulfil its mandate of monitoring and evaluating education provision across provinces and provide a more informed path towards realising a vision for schooling in 2030.

JONATHAN JANSEN: There is nothing complicated behind parents’ objection to black teachers, it’s racism

It is an injustice that so few of the former white schools of SA have black African teachers. Having a richly diverse teaching staff is important for ...
News
3 years ago

JONATHAN JANSEN: Shiny tech-based education has its place, but let’s get the basics right first

When kids still drown in pit latrines, and classrooms are filled with 100 pupils, hi-tech gadgets are not a priority
News
3 years ago

JONATHAN JANSEN: There is nothing complicated behind parents’ objection to ...

How Columba is transforming lives of learners and teachers

JONATHAN JANSEN: There is nothing complicated behind parents’ objection to ...

How Columba is transforming lives of learners and teachers