Willie Hofmeyr back at the helm of Asset Forfeiture Unit 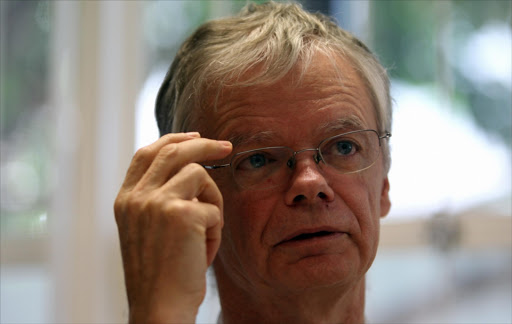 National director of public prosecutions (NDPP) Shamila Batohi has moved Willie Hofmeyr back to the Asset Forfeiture Unit (AFU), three years after her predecessor, Shaun Abrahams, removed him from his role as head of the unit.

TimesLIVE understands that Hofmeyr’s return to the once-powerful unit is part of a series of imminent changes at the prosecuting authority, as Batohi enters her third month in office.

The NPA confirmed on Tuesday evening that Hofmeyer would return to the post he served in from May 1999 to August 2015.

Abrahams’ decision to move Hofmeyer from the AFU to the legal affairs division of the NPA was widely seen as a demotion and an effort to weaken the unit.

The AFU, which was created to seize criminal assets and to use them in crime-fighting efforts, has been seen to have weakened in recent years.

Last May, the unit faced a blow when the Bloemfontein high court ruled in favour of Gupta-linked companies and individuals who challenged a provisional restraint order by the AFU that seized assets amounting to R250m.

Hofmeyr has been outspoken about the decay of the NPA and told an inquiry in January that a trend emerged in the NPA to prosecute those who were fighting crime.

He told the Mokgoro inquiry, which was set up to investigate the fitness of two of his colleagues, Nomgcobo Jiba and Lawrence Mrwebi, to hold office, that the capture of the state emerged under Jiba and was institutionalised under Abrahams when he was NPA boss.

Subsequent to the damning evidence against his peers at the inquiry, Hofmeyr was questioned about his decisions at the time of the Spy Tapes debacle, where the Supreme Court of Appeal ruled that his advice not to prosecute former president Jacob Zuma was based on conjecture rather than actual evidence.

Through the establishment of the directorate, Cyril Ramaphosa has intensified the state’s campaign against corruption and state capture, the ...
National
3 years ago
Next Article