Authority will heed interpretation of the Constitutional Court on its constitutional obligation to fight corruption, director vows 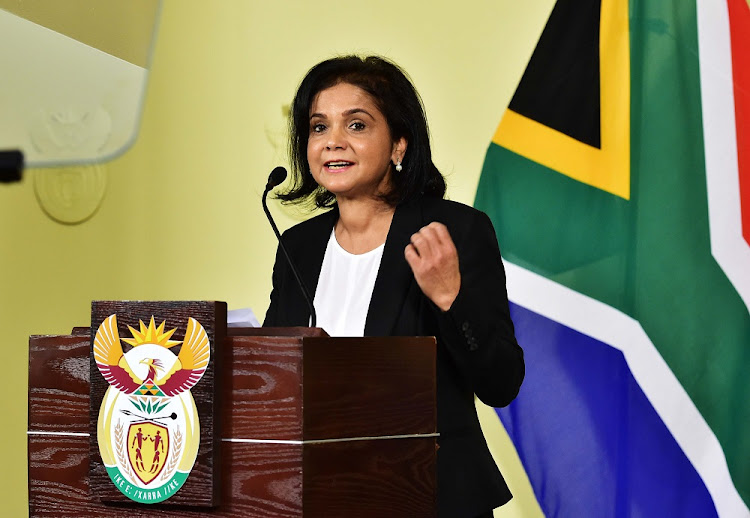 The National Prosecuting Authority’s (NPA’s) new investigating directorate is not a permanent solution to corruption in SA, its boss Shamila Batohi says.

“Before such a solution can be fashioned, we need to await the recommendations of the Zondo commission on what needs to be done to avoid capture of the state by private interests, and we need to heed the interpretation of the Constitutional Court on our constitutional obligation to fight corruption,” the national director of public prosecutions (NDPP) said at the Law Society of SA’s annual conference in Johannesburg on Friday.

Batohi was appointed in 2018 and took office in the beginning of February. President Cyril Ramaphosa officially established the new investigating unit, which gives the NPA extra teeth to deal with corruption, in March.

The investigating directorate will, among others, look at revelations from the commissions of inquiry into state capture (chaired by deputy chief justice Raymond Zondo), Sars and the Public Investment Corporation.

According to the written remarks provided to Business Day by the NPA, Batohi said Ramaphosa recognised the challenges that SA faces in addressing corruption when he first announced the establishment of the unit during the state of the nation address in February.

“The directorate will bring specialised and dedicated capacity to our criminal justice institutions. It will exemplify a collaborative approach drawing on the expertise of [the] SAPS, the NPA, Sars, other relevant government departments, as well as the private sector to effectively deal with the crisis of corruption facing SA,” Batohi said.

Apart from prosecutors and investigators, it would comprise forensic accountants, analysts, digital forensics experts and a variety of other people in specialist and support roles, she added.

Batohi said many of the skills and capacities will be seconded from existing units in the NPA and the Hawks.

She said additional specialised capacity will be brought in from the private sector as required and that there will be a stringent vetting process upon entry, as well as ongoing vetting.

Batohi also touched on integrity issues within the NPA, saying these must be addressed.

“The public has lost confidence in the NPA, and prosecutors can’t be lawyers for the people while this perception problem persists,” Batohi said.

She said the NPA is working with the minister of justice to establish an accountability mechanism whereby the public can report any complaint, including allegations of improper conduct by members of the NPA, to a complaints directorate, which would report directly to the NDPP.

“The next chapter of the NPA’s history, which will in many ways contribute to defining the trajectory of SA, requires a new vision, new energy, and new leadership, which will lead with courage and integrity and humility,” Batohi said.

Through the establishment of the directorate, Cyril Ramaphosa has intensified the state’s campaign against corruption and state capture, the ...
National
3 years ago

Zondo inquiry gets another R273m, but NPA is not so lucky

Zondo inquiry gets another R273m, but NPA is not so lucky