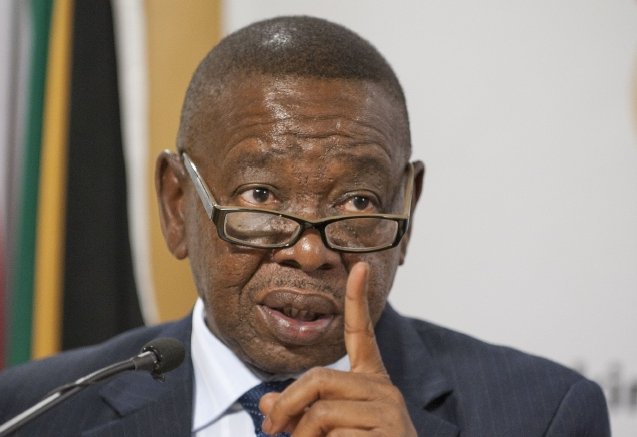 The economically crucial N3 highway linking Johannesburg and Durban was blocked in the early hours of Thursday morning after seven trucks were torched near Mooi River.

Local truck drivers were protesting against the alleged hiring of foreign national drivers by companies.

Transport minister Blade Nzimande said blocking the highway amounted to the “sabotage” of the SA economy.

KwaZulu-Natal police are investigating cases of public violence but thus far no one has been arrested.

On Monday protesting truck drivers blocked the N3 near Cliffdale, demanding that the government and trucking companies accede to their demand of hiring locals.

In April 2018, 35 trucks were damaged by angry truck drivers and community members over the same concerns. Protesters also threw stones and burned debris, causing extensive damage to property. A total of 54 people were arrested for public violence.

In January, there was another, though less severe, protest by truck drivers in the area.

On Thursday, N3 Toll Concession spokesperson Con Roux said both carriage ways were blocked for hours as traffic officials, the police and other emergency workers were trying to remove the torched vehicles.

“The department of transport took the initiative to get the relevant stakeholders to resolve the matter as … this had unfairly impacted on the flow of transport on our highways.

“We have also consistently impressed on the associations representing workers in a number of meetings we have held for them to take up their grievances with the appropriate bargaining chamber and not block our highways," Nzimande said.

“Similarly, we have met and urged employers to work towards resolving the grievances of truck drivers speedily, whose major complaint is the employment of foreign nationals in the trucking industry.”

None of the truck drivers’ associations has claimed responsibility for Thursday's protests.

Sipho Zungu, the spokesperson for the All Truck Drivers Foundation, told journalists that although his organisation had not planned the blockage, he understood that drivers decided to blockade the road on the spur of the moment after the government had allegedly failed to respond to their demands.

He said he would not be surprised if similar protests continued as the election date drew closer.

“The anger has been building for a number of years and now it is spilling out on the roads,” he said.

Disgruntled truck drivers shut down a stretch of the N3 in both directions, and 62 people are facing charges of public violence and obstructing ...
National
3 years ago

KwaZulu-Natal’s police commissioner says police officers will intensify their operations and those responsible for violence will face the full might ...
National
3 years ago

Farmers in harvesters and bakkies protest against killings on KZN roads

BARNEY MTHOMBOTHI: The tripartite alliance has outlived its usefulness

Farmers in harvesters and bakkies protest against killings on KZN roads

BARNEY MTHOMBOTHI: The tripartite alliance has outlived its usefulness