There are defects in all four units of the plant, which is in a ‘correction period’, according to Eskom 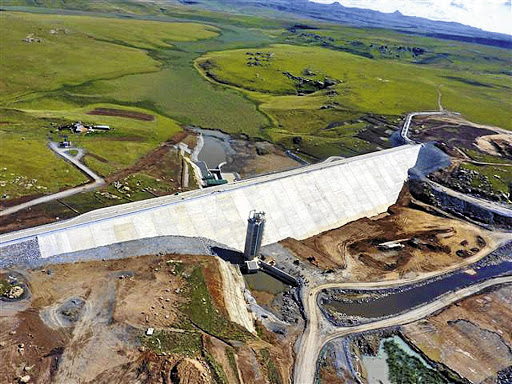 Construction of the Ingula scheme started in 2005 and was initially scheduled to start operations in 2012. Picture: SUPPLIED

One of SA’s newest power plants, designed to supply the grid during peak-use periods, is defective and has been limited to operate at lower capacity.

The deepest power cuts in more than a decade this month, imposed by cash-strapped, state-owned Eskom, reduced the chances of the continent’s most-industrialised economy posting a stronger recovery from last year’s recession. Eskom is battling to meet demand and is considered one of the country’s biggest risks.

The Ingula pumped-storage scheme, a hydropower plant, completed two years ago as part of the government’s programme to boost generation capacity, was designed to provide at least 1,332MW during periods of peak demand. However, two of its four units haven’t been operating as they are in a “defects-correction period”, Eskom said in an e-mailed response to questions.

“A defect has been identified on all four units and registered with the contractor,” which is Voith Hydro–Voith Fuji Hydro consortium, the utility said. The units have been “derated” to 245MW when multiple units are running, it said. This means that when all units are operational, the plant is running at least 25% below its installed capacity.

The country struggled through 10 days of power outages in March after failures at aging power plants, defects in new plants, and a cyclone that curbed electricity imports from Mozambique slashed supply.

A solution at the Ingula plant “is currently in the development stage”, Eskom said.

Ingula generates electricity as water travels from an upper reservoir, through turbines and into a lower reservoir, from where it is pumped back up. The cumulative cost of the project was R29.3bn compared with an estimated R21.8bn in 2010, according to Eskom’s annual reports.

Eskom can become a beacon for a low-carbon transition

If the crisis at the power utility is controlled, SA can still have a brighter future
Opinion
2 years ago

The gazetting of the Integrated Resource Plan is imminent and will secure a future for independent power producers, Radebe says
National
2 years ago
Next Article

Unbundling may save Eskom from loans and load-shedding

National Union of Mineworkers agrees to rethink shutdown at Eskom

Unbundling may save Eskom from loans and load-shedding

National Union of Mineworkers agrees to rethink shutdown at Eskom