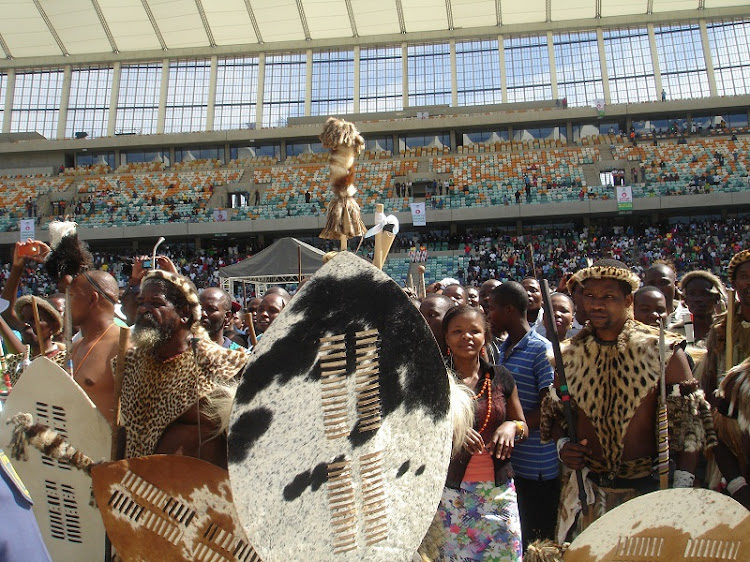 The KwaZulu-Natal government has set aside nearly R450m to pay provincial tribal headmen, or izinduna, just weeks after they threatened to disrupt the upcoming general elections.

The headmen, who hold sway in some parts of rural KwaZulu-Natal, had been collectively demanding more than R1.6bn in salaries and back-pay.

Critics of the payment of salaries to the headmen claim that there are no set key performance indicators on the work that is done by them, and this often results in the auditor-general flagging government institutions that pay the salaries. They also say that disputes, often leading to violence and killings, have increased since the salaries were introduced.

Belinda Scott, KwaZulu-Natal finance MEC, announced last week that the provincial government had set aside a budget of R444m over the next three years to pay the salaries of the headmen.

She said these funds were sourced from different budgets in province, with the department of co-operative governance and traditional affairs coming up with 50% of the funds, and the other departments coughing up the rest.

She said government was in the process of counting all headmen in the province because some of them had complained that they were not receiving their monthly stipends.

Prior to Scott’s announcement, the headmen had been planning to stage a march to premier Willies Mchunu’s headquarters in Pietermaritzburg on Thursday to voice their demands.

They had also threatened to disrupt preparations for the upcoming general elections and encourage voters in their areas not to vote.

It was not the first time that provincial headmen had endangered the poll or threatened anarchy. Ahead of the 2016 local government election the headmen threatened to not allow political parties and election officials from working in their areas.

Early in 2018, when the ANC national executive committee had asked then president Jacob Zuma to vacate his position in the interest of the country and of the party, the headmen took to the streets of Durban, saying they were ready to call people under their jurisdiction to take up arms to defend Zuma.

Secretary of the provincial headman association Bheki Mthembu said after Scott’s announcement, that they will now have to meet to discuss the way forward — which could mean the cancellation of this week's march.

He said it was still unclear whether the budget will be enough to pay all the monies owed to headmen.

Spokesperson for the provincial department of co-operative governance Mthatheni Mabaso told Business Day his department had decided not to discuss the matter in public.

‘Permanent acting premier’ Sihle Zikalala is widely believed to be the best candidate — but whether he will step in before or after the elections is ...
National
2 years ago

The ANC, EFF and DA are all convinced that they alone will capture the vote of some of the most poor in the province
National
2 years ago
Next Article