The ANC, EFF and DA are all convinced that they alone will capture the vote of some of the most poor in the province 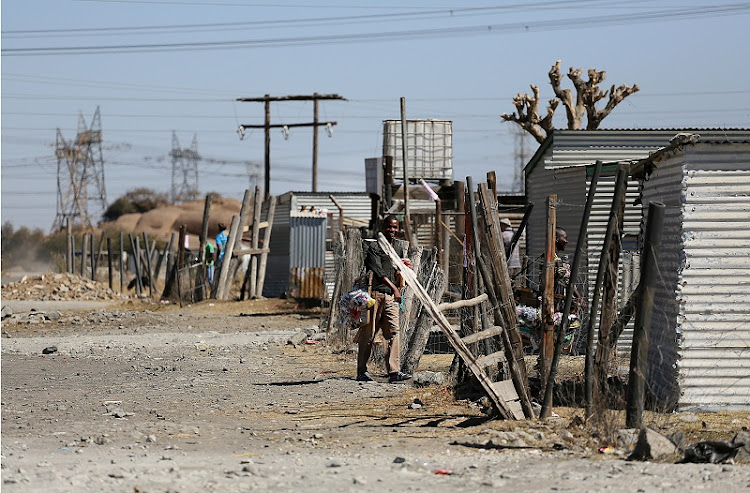 As May’s elections draw near, an informal settlement in Chatsworth, KwaZulu-Natal has played host to major electioneering from the country’s top three parties.

Conservative estimates put the number of people living in the Bottlebrush settlement in the region of 50,000. It has been visited by ANC deputy secretary-general Jessie Duarte, whose party has not shied away from electioneering in this and other informal settlements, despite criticisms over a lack of service delivery.

EFF leader Julius Malema recently addressed a gathering at a local tennis court, telling residents that if they vote for his party it will change their lives and give them land to help raise their children.

The DA and the IFP are planning to send their top-hitters to the area in the lead-up to elections, too.

Residents here said they were startled by the sudden interest in their neighbourhood. Many said they noticed the electioneering by “opportunistic politicians” who would disappear even before the ink had dried from their ballots.

Nokuzola Ntongana said she settled here five-years-ago, after leaving her home in Mount Frere in the Eastern Cape to seek better opportunities and schools for her two young children.

Although her children are enrolled at the nearby government school in Shallcross, she is not fully employed yet. As a single mother, she survives though her children’s social grants and the money she intermittently earns by working as a temporary worker in nearby clothing factories.

Ntongana said she is not sure yet which party she will cast her vote for. It is voters like her that political parties are trying to woo.

ANC leaders in Ward 71 (which encompasses Bottlebrush, with the predominantly Indian areas of Shallcross, Mortoon and Crossmoor) believe the settlement is still  an ANC stronghold.  Falakhe Mhlongo, ANC Ward 71 branch secretary and resident of the Bottlebrush settlement, said they are assured that the the overwhelming majority of the residents will vote for the ruling party.

“People trust the ANC because it is the only party that is capable of delivering,” he said.

Other parties say the ANC has failed and point to corruption, mismanagement and maladministration leveled against the eThekwini municipality.

Bongani Cele, an EFF activist in the area, said his party has done a lot of groundwork in Bottlebrush and other informal settlements. “We know that we will win the majority vote here because we are fighting for land and the people here don’t have land. The ANC, on the other hand, has been promising them heaven and earth but only delivering poverty and hopelessness. People are tired of this and that is why they will vote EFF.”

Zwakele Mncwango, the DA’s KwaZulu-Natal leader, said his party has been championing the causes of the downtrodden, including those of people living in informal settlement.

“These are the people who are very disillusioned with the ruling party. Some of them have been living in transit camps for more than 10 years when they were promised they would be stationed there for six months while their Reconstruction and Development Programme (RDP) houses were built,” he said.

“These people are very welcoming to the opposition because they live below the poverty line, they see no changes in their lives and they have no basic houses, water, electricity.”

IFP leaders did not want to comment, saying their party had given a directive that only MP Mkhuleko Hlengwa, had  permission to speak to the media. He was not available for comment.

ANC Chatsworth councilor Previn Vedan trounced the DA at the polls, but the DA says ‘people are not stupid, they can see the ANC looting’
National
2 years ago

Police intervene in standoff between Chatsworth residents and land invaders

GARETH VAN ONSELEN: 2019 will likely be the EFF’s election

DA will take its land expropriation challenge to Constitutional Court

GARETH VAN ONSELEN: 2019 will likely be the EFF’s election

DA will take its land expropriation challenge to Constitutional Court