Ramaphosa assures investors in Davos Eskom can turn the tide 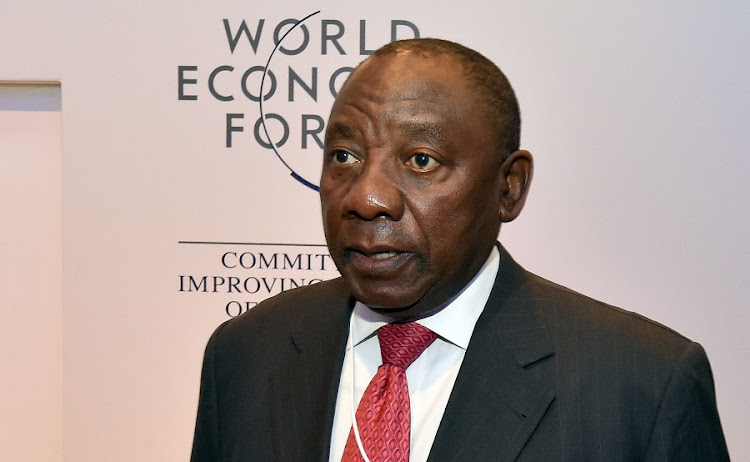 Eskom will release a turnaround strategy in the coming weeks, President Cyril Ramaphosa told delegates at the World Economic Forum in Davos on Wednesday.

At the helm of Team SA, Ramaphosa told investors that the government had changed the boards and executive management in strategic state-owned entities and  was working closely with the new leadership, particularly at Eskom, on the implementation of credible turnaround strategies.

“We are currently developing a response to the financial and operational crisis at the country’s electricity utility, Eskom. In the next few weeks, we will be announcing a set of measures to stabilise and improve the company’s financial position and to ensure uninterrupted energy supply,” he said.

Eskom is in deep financial crisis and is unable to pay the interest on its R419bn debt burden out of the revenue it generates. The power utility is acknowledged as the single biggest risk to SA’s economy by the Treasury, credit ratings agencies and the investment community.

The restructuring of Eskom, including a substantial debt bailout and its separation into three parts, was put to the ANC lekgotla on Saturday as the first step towards dramatic changes to save the company.

The lekgotla was briefed by a task team of experts established by Ramaphosa to guide the government on a way forward for the company.

Ramaphosa explained that this is part of SA’s drive to undo the rot of the last decade.

“After almost a decade of economic stagnation and political paralysis, we have begun to turn things around. We have entered a new period of hope and renewal, and over the last year have taken decisive steps to correct the mistakes of the recent past and put the country back on the path of progress that we embarked upon in 1994,” he said.

“That is a huge increase and it follows in the wake of the changes we are effecting in our country and the reforms we have embarked on,” he said.

He said over the past year, the government had undertaken measures to ensure greater policy certainty and consistency, “including economic reforms in sectors that have great potential for growth”.

Ramaphosa cited the latest iteration of the Mining Charter, the acceleration of broadband access, a new energy plan, visa regulation reforms, the economic stimulus and recovery plan to reignite growth and the establishment of an infrastructure fund.

“SA has emerged from recession, and although growth forecasts are subdued, we are determined to unlock the many opportunities that exist in our economy,” he said.

He explained that the state capture commission has shown the extent of the damage to several critical institutions and the dent in confidence in SA’s economy.

Business Day editor Lukanyo Mnyanda talks to Business Day TV from Davos, where he is attending the World Economic Forum
Politics
3 years ago

ECONOMIC WEEK AHEAD: Cyril Ramaphosa on a mission to Davos to attract investment

The WEF kicks off in a wintry Davos on Tuesday and about 3,000 delegates comprising political, business and civil leaders
Economy
3 years ago
Next Article