Crunch time for Tom Moyane as judgment expected on Tuesday 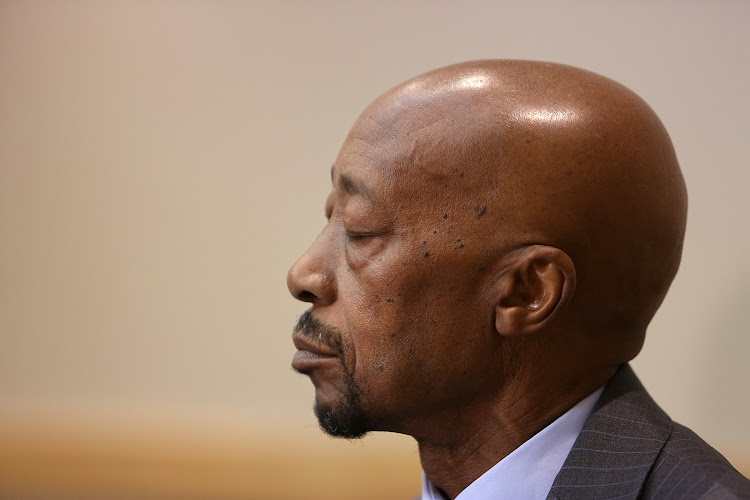 It is crunch time for the possible turnaround of the SA Revenue Service (Sars), with the high court in Pretoria expected to hand down judgment on Tuesday in axed commissioner Tom Moyane's bid to get his job back.

Moyane approached the court to have his axing overturned and to prevent the Sars commission of inquiry chaired by retired judge Robert Nugent from submitting a final report on its work to President Cyril Ramaphosa.

During Moyane's four-year tenure, the hole in revenue collection grew to R100bn, which the Nugent inquiry heard could not only be attributed to economic factors, but also to a decline in Sars’s capacity to collect taxes and a decrease in taxpayer compliance.

Nugent, in an interim report, said it was critical to appoint a new permanent Sars commissioner in order to implement a long-term turn-around strategy in the critical institution.

Moyane's attorney Eric Mabuza confirmed on Monday that Judge Hans Fabricius was set to hand down judgment on Tuesday morning.

Moyane wants the court to block Ramaphosa from appointing a permanent Sars commissioner and wants to return to his post but remain on suspension, his legal counsel Advocate Dali Mpofu argued in court last week.

Mpofu argued that the “status quo” should return, with Moyane reinstated to his post in order for him to “face the music” in the disciplinary inquiry chaired by advocate Azhar Bham

A judgment in Moyane's favour would mean that he would return to his post but remain on suspension with full pay, pending the outcome of another court challenge to the Nugent inquiry and the disciplinary process against him running concurrently.

It is unclear whether a loss in the high court would deter Moyane, who has been fighting the processes intended to turn around the critical institution. While his contract concludes in September 2019, he may yet move to appeal against a judgment that swings against him.

Advocate Wim Trengove, representing Nugent, told the court last week that the final report of the commission of inquiry into tax and governance at Sars was finalised and ready for submission to Ramaphosa.

The president had granted Nugent an extension from the initial November 30 deadline to submit his final report. The deadline is now December 14.

A loss for Moyane in the high court would mean Ramaphosa would be free to appoint a permanent Sars commissioner and Nugent would be able to submit his final report.

The 90-day period for acting Sars commissioner Mark Kingon to serve in the post in a temporary capacity also concludes next week.

Former Sars boss Tom Moyane has launched a new bid to regain his position, while law firm Hogan Lovells has thrown him under the bus
Features
2 years ago

The former SA Revenue Service executive resigned in February after it emerged that a firm behind funds in his account was appointed as a service ...
National
2 years ago

A loss of confidence by President Cyril Ramaphosa enough to exercise his executive power to fire Moyane, provided it's rational, court told
National
2 years ago
Next Article

Tom Moyane rejoining Sars ‘would be a catastrophe’

Tom Moyane rejoining Sars ‘would be a catastrophe’