Audit results for SOEs and provinces are worse than last year, and by a lot

Some SOEs say there is significant doubt about whether they can continue operations in future without financial help, AG Kimi Makwetu says 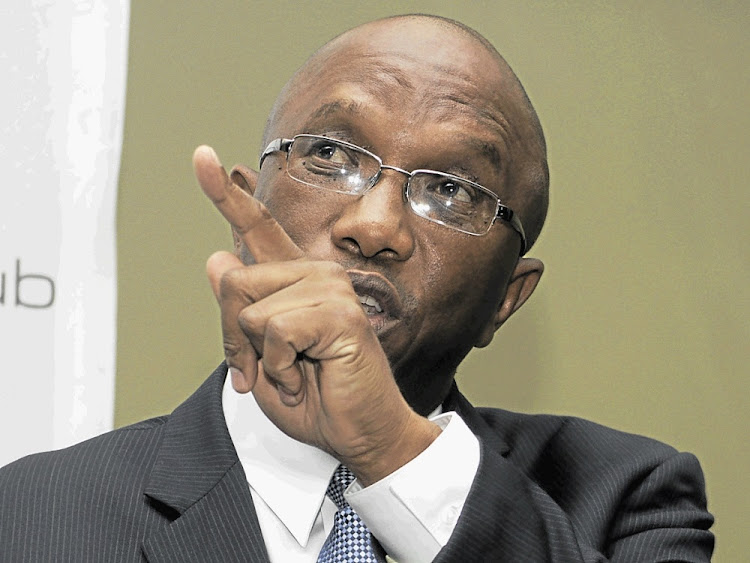 Makwetu released the general report of the audit results of national and provincial departments and their entities for the 2017-2018 financial year, which showed that audit outcomes had regressed.

Fruitless and wasteful expenditure increased more than 200% from the previous year to R2.5bn. Irregular expenditure continues to remain high at R51bn. Makwetu said that total included the irregular expenditure of those auditees for which the AG had completed the audits after the cut-off date of the report (R5.4bn).

“It is worth noting that the R51bn excludes the SOEs that are not audited by the AG, whose total irregular expenditure totaled R28.4bn,” Makwetu said

He pointed out that the results of the audited SOEs continued to worsen compared to the previous year's, as well as from 2015-2016. This suggests that the government has its work cut out in turning around the struggling and poorly managed SOEs. Improving their financial performance and governance has been central to President Cyril Ramaphosa’s drive to boost SA’s faltering economy.

Ratings agencies have cited SOEs, which carry debt of about R670bn, among the major risks to the sustainability of the nation’s finances.

Makwetu said some SOEs, such as the SABC, the Petroleum Oil and Gas Corporation, and the South African Post Office, disclosed that there was significant doubt about whether they could continue with their operations in future without financial assistance.

“Considering that most of the SOEs where audits had not yet been completed are facing going-concern challenges, the financial outlook for most SOEs is bleak,” the AG said.

There were weaknesses in the performance-reporting processes and an increase in noncompliance at the 16 SOEs audited by the AG — 88% had material findings in this regard.

“The irregular expenditure of the SOEs we did not audit amounted to R28.4bn, which included R19.6bn at Eskom and R8.1bn at Transnet,” he said.

“As our latest report reveals, various role players have been slow in implementing and, in certain instances, even blatantly disregarded our recommendations. As a result, there is limited improvement in accountability for government spending and the risks we have been highlighting for a number of years are starting to materialise,” Makwetu said.

At the national level, there was a regression in audit outcomes, with the number of clean audits decreasing to 23% of the total audited population compared to 30% in the previous financial year. Provincially, the Western Cape and Gauteng continued to produce the best results, with 83% and 52% clean audits, respectively.

However, the limited improvement in audit outcomes in particular and governance in general, over the years indicates that accountability mechanisms are not working as they should, Makwetu said.

Earlier in 2018, parliament passed the Public Audit Amendment Bill, which looks to give the office of the auditor-general more teeth.

President Cyril Ramaphosa is currently considering the bill. If passed, it will give the AG the power to refer adverse findings in its reports to investigative bodies, as well as recover funds lost from accounting officers due to their failure to adhere to the Public Finance Management Act.

Makwetu has suggested that the introduction of the new law would help halt the deterioration in government and SOE finances.

“It is worth re-emphasising that the intent of the amendments is not to take over the functions of the accounting officers or accounting authorities, as their accountability responsibilities are clear in legislation.

“It is rather to step in where those responsibilities are not fulfilled in spite of us alerting the leadership to material irregularities that need to be investigated and dealt with. The amendments will provide us with the power to directly impact on these audit outcomes,” Makwetu said.

With irregular expenditure in municipalities still on the rise, the Treasury will work with the auditor-general to tackle the problem
National
2 years ago

Staff members have had to face a hostage situation and threats from municipal officials, says Makwetu
National
2 years ago