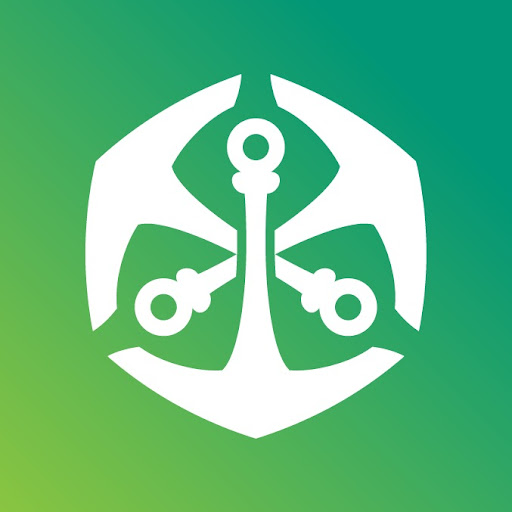 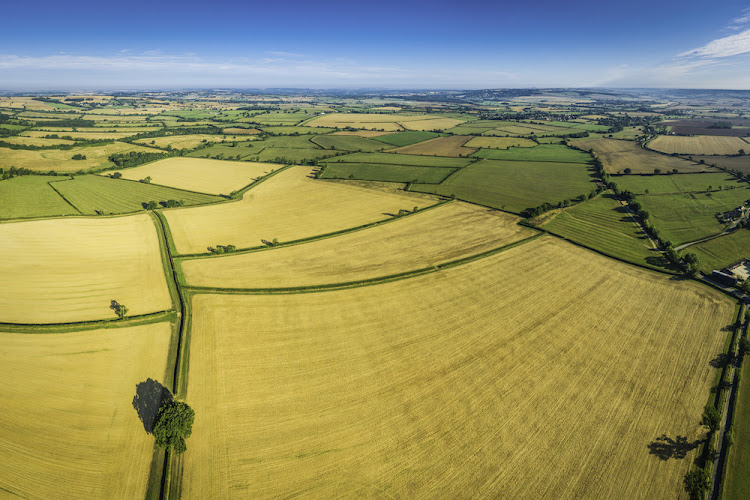 Given that SA’s primary economic challenges are poverty, unemployment and inequality, any land reform and restitution initiatives need to be measured against their ability to address these triple challenges.

In fact, there is a strong correlation between countries with a high Property Rights Index score and gross domestic product (GDP) per capita: the GDP per capita among the top 20% of countries is 20 times higher than that among the bottom 20%. “The bottom line is that countries with secure property rights have wealthier and more entrepreneurial citizens and these countries experience more investment from both domestic and foreign sources,” he said.

Old Mutual Corporate Consultants recently asked five of SA’s top asset managers – who collectively manage R1trillion of SA’s retirement fund assets (around half of the total retirement fund asset pool) – for their views on land reform and restitution. Only one asset manager viewed the latest developments regarding land reform and restitution negatively, and had changed their investment management approach by maximising their offshore asset allocation. 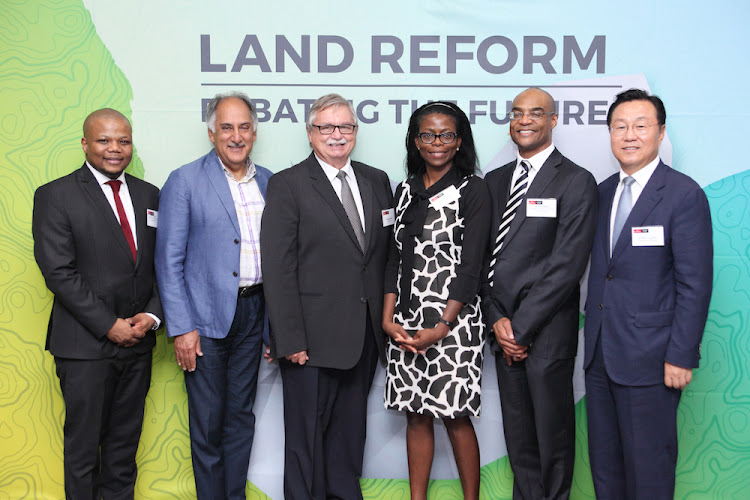 All five asset managers agreed that there is a good and bad way of doing land reform and restitution. Where they differed was on the level of upside to doing it correctly with some believing that a well-managed process had the potential to unlock significant growth and cause a rally in investment assets while others considered the correct implementation to be a hygiene factor with no positive impact on the economy or investment returns. They all agreed, however, that there is still significant investment opportunity in SA and none of them have exited local stocks or equity, retaining fairly high exposures to South African equities. Uncertainty around the details of implementation, they said, was leading to greater risk.

It’s important to think beyond just property in the basic sense when discussing land reform, said Ndlovu. “If we agree that this question is ultimately about the more equitable distribution of the country’s wealth, then we have to look beyond just land. Consider, for example, that more than 75% of SA’s income is derived from the services sectors, which is not directly linked to land ownership. Distributing land among the poor, therefore, may not be the most efficient way to reduce wealth inequality, particularly considering that the most productive factor of production in today’s economy is knowledge and skills.”

The issue of social justice should form an important part of any discussion on land reform, he continued. He said two things stood out for him personally from the community submissions to the Joint Constitutional Committee for review of section 25 of the constitution. The first was that many of the submissions centred around redistribution as a matter of principle, divorced from any question about the health of the economy, while the second was the level of expectation that seems to have been built up around the issue.

“We can’t ignore the high expectations of SA’s landless and disenfranchised populations. Perceptions of unfair wealth distribution can lead to populism, short-termism and desperation," said Ndlovu. Without social justice, the long term sustainability of the economy is under threat. “What makes land reform so complicated is that it places these issues of social justice and property rights squarely on the table and in juxtaposition with each other.”

Considering that most of SA’s population is urbanised and urbanising, he questioned whether the approach to rural and urban land should be different. Other issues which need to be addressed, he said, include whether land held by trusts on behalf of communities count as belonging to the beneficiaries of that trust or whether we should look only at those controlling the trust, who may very well be different to the beneficiaries in socioeconomic status; and if expropriation without compensation (EWC) becomes a reality, who pays for the land and property financing held by commercial banks throughout the country? 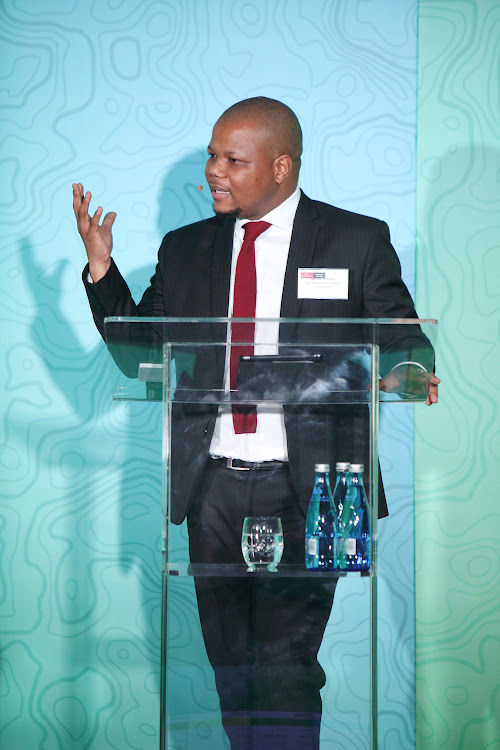 “The issues are complex and the stakes incredibly high,” said Ndlovu. “Land reform is not merely a passing interest to us, but given that Old Mutual Corporate Consultants advises organisations on various retirement and investment-related issues, it is central to long term investment planning.”

Pointing out that this is not the first time SA has had to navigate complex issues, Ndlovu said he was confident that SA collectively has the intellectual capacity, goodwill, courage and basic common sense to come up with a workable solution.

While failed land-reform programmes around the world are typically top of mind (think Zimbabwe and Venezuela) there have been examples of workable models for land reform. South Korea, for instance, has been credited with implementing a successful land reform in the 1950s, which, according to Dr Park Jong-dae, the South Korean ambassador to SA, has been credited as one of the pillars of the country’s economic turnaround. Speaking at the event during a panel discussion outlining both the upside and downside of land reform, Park said South Korea followed the market principle of expropriation without compensation, although compensation was below market value.

The aim of the country’s land reform programme, he said, was to abolish an inherited feudal tenancy system, to give people ownership of land and through human capital development, enable them to exit the cycle of poverty and become productive members of society. Beneficiaries of land distribution were provided with the necessary education.

Park said crucial to a successful outcome for South Korea’s land-reform programme was planning, a systematic process and speedy implementation. “Land reform was a fundamental aspect of our development,” he said, adding that this was in contrast to North Korea which expropriated land without compensation ultimately leading to a very negative effect on that country’s economy.

Despite land being such an emotive issue, he urged South Africans to remain level-headed and objective and not to allow emotions to overtake the issue. 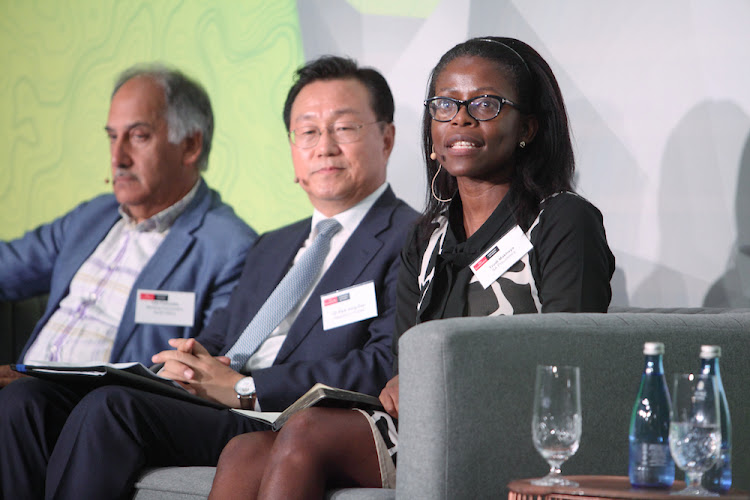 Land reform cannot be considered in isolation of economic and other factors, said Banking Association SA MD, Cas Coovadia, also speaking at Wednesday’s event. Done correctly, he added, it has the potential to benefit the economy. However, the risk is that expropriation without compensation will collapse the banking sector, which in turn will collapse the economy.

More focus, he said should be given to the need for land reform in urban areas given the rapid urbanisation taking place in SA. The debate, he added, is more about enabling people to own assets and become property owners to allow for a more inclusive society.

The government is urgently working towards achieving consensus, clarity and end goals around land reform, said Trudi Makhaya, economic advisor to the presidency. She conceded that despite being part of the constitution, land reform to date had suffered from dysfunctional institutional implementation and a lack of a coherent and clear plan. “Claims have not been processed efficiently which has resulted in a huge backlog,” she said.

The land-reform issue, she pointed out, refers not only to the redistribution of land, but also to the inequality of asset allocation. For many people, she said, land reform will mean addressing spatial inequality in urban areas including access to affordable housing and a good transport infrastructure. However, these issues can be addressed by rezoning, making cities work better, and rethinking RDP housing, she said.

Commercial agricultural concerns have become capital, management and technologically intense businesses, said Pierre Vercueil, deputy president of AgriSA. “They are businesses with long investment and production cycles that are plagued by decreasing margins.”

While AgriSA was in support of land reform and acknowledged that the profile of commercial agriculture needs to change, he said any programme should not jeopardise SA’s food security, and careful thought needed to be given in terms of how to ensure its success rather than becoming a poverty trap. To get many more people involved in smaller scale agricultural operations goes against current trends, said Vercueil, which is increasingly seeing smaller farmers form collectives in order to ensure greater economic efficiencies. As a result, collaboration and partnerships were key.

Panel discussion moderator, Herman Warren, network director at The Economist Corporate Network, said while it was encouraging that South Africans agreed on the need for land reform and were engaging with each other on the issue, there was still much to be decided in terms of how to achieve it without destroying the economy, maintaining food security and ensuring social justice.

“From the Economist’s perspective we’re not predicting an emerging market crisis but rather heightened risk from Brazil and SA. Any decisions made regarding land could impact the market,” he said.

Addressing the land reform issue will not be magic elixir solving all of SA’s ills, pointed out Warren, adding that the country has many other issues which still need to be addressed. “However, there is no question that the land question must be addressed,” he said.