Transnet CEO will know on Friday if he can keep his R7.6m job 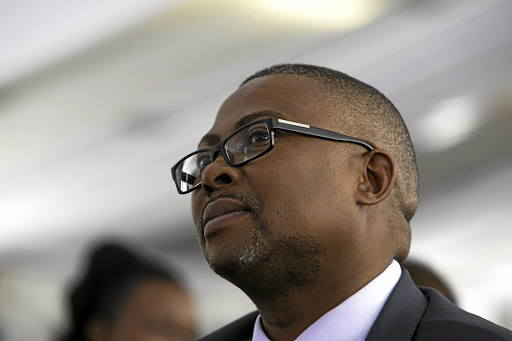 Under fire Transnet CEO Siyabonga Gama will hear on Friday whether he will hold on to his R7.6m-a-year job at the state-owned company.

Gama approached the Labour Court in Johannesburg urgently earlier this week in a bid to stop the Transnet board terminating his contract.

Transnet had given Gama 10 days, until October 15, to show cause why his contract should not be terminated following investigations that implicated him in misconduct and maladministration in the acquisition of R54bn worth of locomotives.

Gama's lawyers wrote to the Transnet board, threatening to go to court if the notice to terminate his contract was not withdrawn.

He wants the court to find that the notice calling on him to give reasons why he should not be fired  was "wrongful and unlawful".

The application was lodged on Monday.

Transnet, in argument put to the court, accused Gama of abusing court processes by lodging the urgent application.

"The [court] should be loath to allow a senior employee [on a remuneration package of more than R7.6m a year] to steal an advantage by launching an urgent application and thereby cut the queue of cases pending in this court," Transnet said.

The company said the same court had often emphasised that financial hardship or loss of income were not regarded as grounds for urgency. “In this case, the abuse is gross,” it said.

Transnet board chair Popo Molefe said in a letter to Gama in September that the board had lost trust and confidence in him following investigations into the purchase of 1,064 locomotives. He told Gama that investigations had found that his conduct had been inconsistent with the corporate culture of the new board, his fiduciary obligations and Transnet’s policies.

The company, which has a monopoly  in ports, freight rail and fuel pipelines in SA, has been mired in state-capture allegations involving the Gupta family.

In its argument to the Labour Court, Transnet  argued that the courts would not enforce a contract of employment where there was a breakdown in trust and confidence.

It said the employer had to prove, if it dismissed an employee, that there was lawful reason to do so.

“The process is dynamic, flexible and in the end common sense must prevail.”

Transnet has asked the court to dismiss Gama’s application with costs.

Siyabonga Gama heads to court to stop Transnet axing him

‘Approach the courts,’ EFF urges Siyabonga Gama over his axing

CAROL PATON: Business an outsider while alliances in politics ebb and flow

CAROL PATON: Business an outsider while alliances in politics ebb and flow