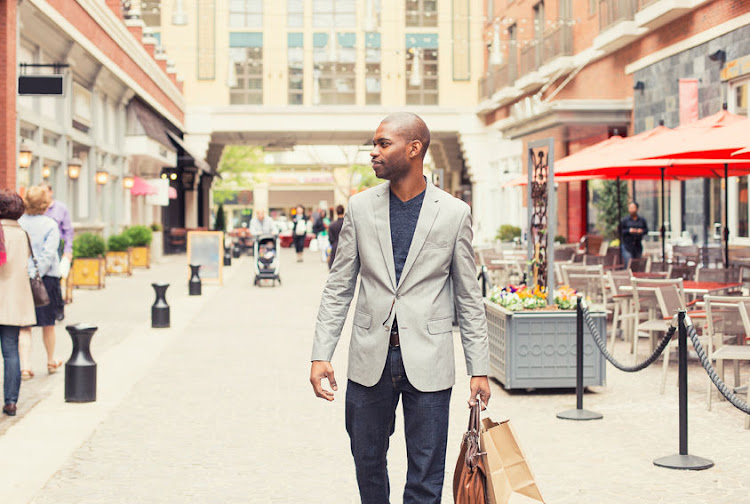 The company’s triumph for its development of the Alex Mall speaks to its cutting edge design, quality, service, innovation, originality and commitment to sustainability. It is also testimony to the company’s willingness to be guided by community structures in a spirit of collaboration that offers hope for SA.

A distinctive feature of the Alex Mall is its integration of the history of Alex into its design and decor. Panels located throughout the shopping centre trace the history of the township and profile heroes who lived there, from former presidents to soccer professionals, wrestling champions, jazz composers, civic leaders and political activists.

Several panels are dedicated to current Alex residents who make an extraordinary contribution from year to year. The idea is to include history in the making, MPD’s Gayle Crow said. “We wanted to ensure that it would not just be a shopping centre but a community hub, and a living, breathing museum which pays tribute to Alexandra’s history.”

Chairman of the Greater Alexandra Chamber of Commerce Mpho Motsumi secured the land from the city and then approached partners, MPD and Valumax to help him realise his vision of a modern shopping facility that was also a monument to the history of Alex.

“This mall came out of a celebration of 100 years of Alex in 2012 and wanting to change the face of Alex for the better. It is the realisation of a dream, a celebration of our rich history, and an iconic testament to a legacy, 100 years in the making,” Motsumi said.

Alexandra was established in 1912 by HB Papenfus, who named the township after his wife. He sold plots of land to rural migrants coming to the city looking for work on the mines before the 1913 Land Act put an end to that. The first black landowner was Papenfus’s chef, Hey Nxele Mbanjwa. One of the panels is dedicated to him.

The mall was unveiled by Johannesburg mayor Herman Mashaba in March 2017.  The MPD team worked with local historians Thabo Mopasi and Ben Mhlongo and resident Alex artists to put the exhibition together.

Peter Wefelmeier, MPD’s project manager, whose idea it was to attach a living history to the documented history by acknowledging current heroes who are Alex residents, says there was  tremendous community support for the development.

MPD’s success as a property developer since the early 1980s can in part be attributed to its style of development, which is to work with communities, involving them in every step of the process and creating job opportunities during and after development.

The Alex Mall has created about 2,000 permanent and semi-permanent jobs.

Motsumi hopes to secure the support of the government to build a museum, an amphitheatre, a conference facility and a theatre on  the land adjacent to the mall.

He says he is still pounding at the doors of the Department of Arts and Culture, because there are gaps that need to be filled in the history.

One of the panels at the mall features Orlando Pirates chairman Irvin Khoza, who also heads the PSL. Speaking with territorial pride, Motsumi says: “The first multiracial football league was formed in Alex. Dr Irvin Khoza became a football administrator at the age of 14 in the junior division. This is how he learnt the ropes. And we were the first country on the continent to host the World Cup. It was his initiative.”

Despite being one of Johannesburg’s oldest townships, with a remarkable way of surviving (having avoided demolition several times), Alex remains one of the poorest and most underdeveloped of the apartheid-era townships.

Having lobbied successfully to have the Marlboro Gautrain station’s name changed to Alexandra Station, Motsumi has plans to strengthen the link between Alex and neighbouring Sandton, the city’s economic hub known as “the richest square mile in Africa".

"Whereas the government lacks political will, Motsumi says, “there is an appetite for the private sector wanting to invest in Alex and also to plough back into Alex because Sandton is what it is today because of Alex.”

Luxury high-rise apartments to be developed in Waterfall City

Ellipse Waterfall, a partnership between JSE-listed Attacq and Tricolt, will bring urban luxury living to one of Gauteng’s fast-growing business nodes
Companies
3 years ago

Happy to stay out of London, Atlantic Leaf hopes to list on the LSE within two years

The company is looking at opportunities in industrial property in Britain's secondary cities, writes Alistair Anderson
Opinion
3 years ago

The deal means Hammerson has agreed to sell £530m in assets so far in 2018. Activist investors are putting pressure on the the company to reduce its ...
Companies
3 years ago
Next Article