The ANC has failed to secure SA’s national borders, says the party, as it ramps up its anti-illegal immigration campaign ahead of 2019 elections 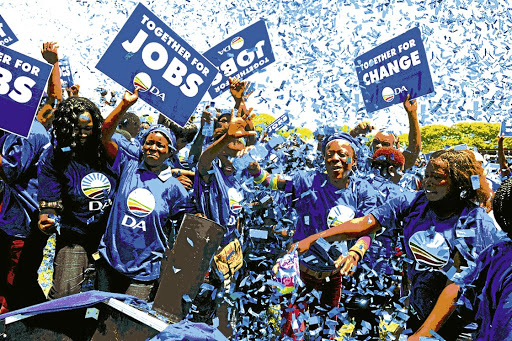 SA’s borders should be “closed” and stricter immigration controls must be implemented, the DA said on Monday.

Illegal immigration is seen as a powerful electoral tool ahead of the crucial 2019 elections, in which the DA hopes to push the ANC below 50% in both Gauteng and in the Northern Cape, as well as increase its share of the vote in the Western Cape and nationally.

The DA’s Johannesburg mayor Herman Mashaba has taken a hard line on illegal immigration in the city, while Tshwane mayor Solly Msimanga, who is also the DA’s Gauteng premier candidate, also recently raised the issue in a letter to home affairs minister Malusi Gigaba.

Immigration is, however, an extremely sensitive topic in SA, with the targeting of foreign nationals a big issue. This was epitomised by the widescale xenophobic violence that erupted in 2015.

Immigration is one of the DA’s key campaign pillars. The party announced at its campaign launch in Johannesburg in September that it will campaign against corruption, illegal immigration and crime, as well as for jobs.

The party provided details at a briefing in Johannesburg on Monday of its plan to curbed illegal immigration.

“We have to close our borders. The fact that our borders are porous, you know people can just enter the country,” said Jacques Julius, the DA’s spokesperson on immigration for the elections.

He added that it was also important to change the perception that all foreigners in the country were here illegally.

Julius said the ANC had failed to secure SA’s national borders, and that this has led to the country not having reliable figures as to how many immigrants enter its borders.

“Estimates have ranged from hundreds of thousands to millions. This lack of critical data on immigration means that the government cannot know or plan to provide services to our own citizens and to those immigrants who are here legally. It is impossible to make proper plans for service delivery with no reliable data on which to base decisions concerning budget allocations,” Julius said.

He said the ANC government did not know how many people were in SA illegally, and that it proved incapable of addressing and fixing the challenges of immigration and border security.

He said a DA-led government would “secure” SA’s borders and “stop illegal immigration”.

The DA said this would be done by revamping and improving border management and governmental co-ordination.

Julius said the party would review the number and size of border posts, while also training immigration officials and police officers.

The party has also promised that it would “eradicate” corruption and inefficiency in the home affairs department, saying it will initiate a once-off investigation into corruption by a “reformed Hawks”.

“Any officials found guilty of corruption and/or fraud will be blacklisted and prevented from working for any state agency or government department. To address inefficiency, the DA would enhance and improve the systems and technology, capacity, and competency levels through adequate training to officials at home affairs,” Julius said.

He said undocumented immigrants should be regularised or assisted in leaving the country if they did not meet the criteria for remaining in SA, which would require “innovative and strategic interventions to properly record and regularise undocumented foreign nationals already in the country, and actively protect, rescue and host refugees and those who have been trafficked, smuggled or abused within or across our borders.”

He said the DA believed that legitimate refugees and asylum seekers should be assisted and supported, and that SA should attract foreign nationals with scarce skills to SA to help grow the economy and create jobs.

As part of the deal, the city’s migrant unit will hold monthly meetings, which African Diaspora Forum members will attend
National
3 years ago

Joburg mayor Herman Mashaba’s attitude is ‘very scary’, and ‘he must be precise about what he wants to do with ...
National
4 years ago
Next Article