Joburg’s William Nicol to be renamed after Winnie Madikizela-Mandela 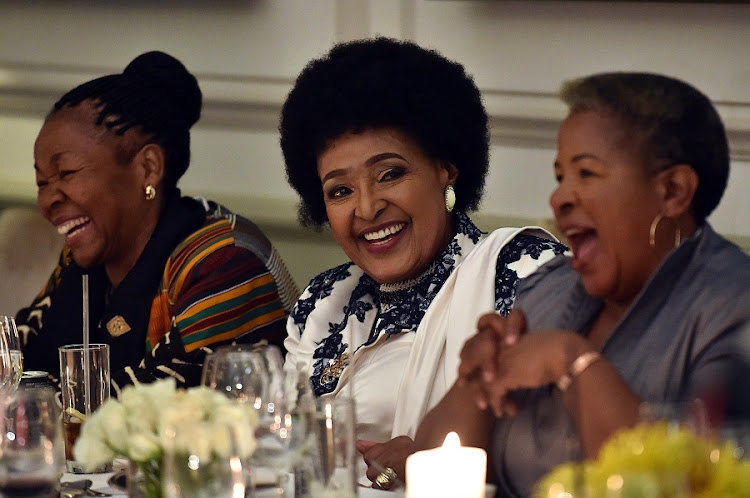 William Nicol Drive — one of the busiest roads in Johannesburg connecting suburbs in the north of the city — could be renamed after struggle stalwart Winnie Madikizela-Mandela File Picture: ELMOND JIYANE/GCIS September 14 2016

William Nicol Drive — one of the busiest roads in Johannesburg connecting suburbs in the north of the city — could be renamed after struggle stalwart Winnie Madikizela-Mandela.

Gauteng transport MEC Ismail Vadi said a recommendation to rename the road to Winnie Madikizela-Mandela Drive had been made by the City of Johannesburg.

“We have noted that the City of Johannesburg had resolved last Thursday that William Nicol Drive be renamed Winnie Madikizela-Mandela Drive and the Emfuleni Council has recommended that the R82 be named in honour of Duma Nokwe. These recommendations will be processed by the Gauteng and National Geographic Names Councils for final decision-making‚” Vadi said at the launch of October Transport Month on Monday.

He said that the renaming of roads was to promote inclusive identity and did not seek to remove the past but to promote an identity that was inclusive of all the citizens of the country.

“In so doing it should raise citizens’ awareness of the heroes and heroines that played significant roles in the country’s struggle against apartheid and its people’s freedom.”

Nicol was a Dutch Reformed minister‚ theologian‚ educator and administrator of the Transvaal. Nicol was reported to have helped translate the Bible with help from African religious leaders into Zulu.

Madikizela-Mandela‚ who died in April after a lengthy illness‚ played a pivotal role in the fight against apartheid.

The City Of Johannesburg recently conferred the Freedom of the City posthumously to Madikizela-Mandela‚ who would have turned 82 in September.

The city council’s Vasco da Gama said that Madikizela-Mandela was an obvious candidate for the honour‚ describing her as a woman who “led us out of dark days with the strength‚ passion and determination that lights in each of us the will to do more and to be more”.

“She made sacrifices for the sake of freedom‚ endured imprisonment and beatings‚ was separated from her family‚ yet she endured. When the dust of the democratic struggle settled‚ she emerged with grace and dignity‚ working to build communities‚ assist those in need and create a better SA.”

Following her death‚ the EFF called for Cape Town International Airport to be named after her.

Joburg honours Winnie Madikizela-Mandela with Freedom of the City

Steps to ensure that mental health services are available are a priority, writes Melody Emmett
Life
3 years ago

Cape Town dancer and teacher Mamela Nyamza is the featured artist at the 2018 Grahamstown festival, writes Kgomotso Moncho–Maripane
Life
3 years ago
Next Article