Treasury may write down R23bn in crisis-hit SAA 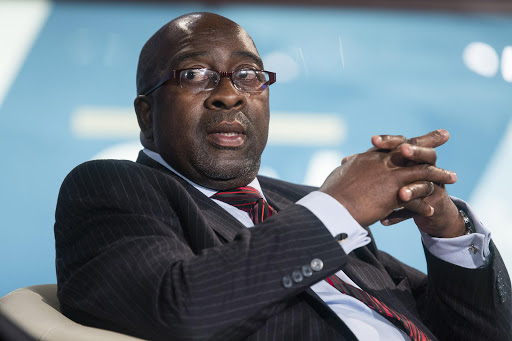 The Treasury may write down about R23bn of its investment in crisis-hit SAA — almost double the provision it made in 2017 — in another distressing sign of the airline’s drain on the public purse.

In a note to its financial statements for 2017/2018 released on Tuesday, the Treasury said the impairment value had risen because of the R10bn paid to SAA in the last fiscal year.

“While the appointment of a new CEO and a strengthened and credible board are good signals for the market in terms of sound corporate governance,” SAA had indicated it would report net losses for the next three fiscal years through 2020, the Treasury said in its annual report tabled in parliament.

The airline, one of a number of state-owned enterprises that are desperate for cash injections from the government, has asked the government for another R21.4bn bailout over the next three years to implement its latest turnaround strategy. In contrast, privately run Comair, which competes with SAA, last week reported the highest after-tax profit of its history.

Alf Lees, the DA’s deputy finance spokesperson, said the impairment provision “is an indication of Treasury’s lack of confidence in ever being able to retrieve any of the money invested in the airline.

“It is a precursor to even more money being put in.”

SAA relies on R19.1bn in guarantees from the state, which enables it to borrow from commercial banks.

At the end of the 2017/2018 fiscal year, total government guarantees to state-owned entities amounted to R432bn, with electricity utility Eskom claiming R221bn.

Cleaning up the companies, whose dependence on state guarantees is viewed by credit ratings agencies as among the greatest risks to SA’s economy, is one of the greatest challenges faced by Cyril Ramaphosa since he became president.

While public enterprises minister Pravin Gordhan has made some progress improving governance and appointing new boards, returning state-owned entities to financial health is far from assured and talks with banks are ongoing.

Gordhan has notified speaker of the National Assembly Baleka Mbete that SAA, SA Express and Denel would not be tabling their annual financial statements for 2017/2018 by the end of September as required in terms of the Public Finance Management Act. He did not give any reasons, though this may relate to concerns expressed by the auditor-general’s office on the ability of the companies to stay in business.

The auditor-general’s report on the Treasury mentions the impairments made for the state’s investment in SAA as well as irregular expenditure of R769m by the Treasury in 2017/2018. A total of R370m of this was incurred due to the accounting officer not approving the transfer of the municipal finance improvement programme funds to the Government Technical Advisory Centre, which is an agency of the Treasury. A further R348m was incurred for the maintenance and support of legacy IT systems. Fruitless and wasteful expenditure of R67m was incurred because the department made payments for which no services were received.

An earlier version of this story has been corrected to reflect that the amount is R23bn and not R23.4bn.

Because SAA, SA Express and Denel have not submitted their financial reports yet to public enterprises minister Pravin Gordhan, he cannot table their ...
Companies
3 years ago

Easy for Comair to stay ahead of the rat pack

Kenyan airline wants to hire 100 pilots a year and add 20 new routes in the next five years.
Companies
3 years ago
Next Article