AgriSA, the Food and Allied Workers Union and the South African Spaza and Tuckshop Association say the bill would ‘devastate SA’s agriculture and township businesses’ 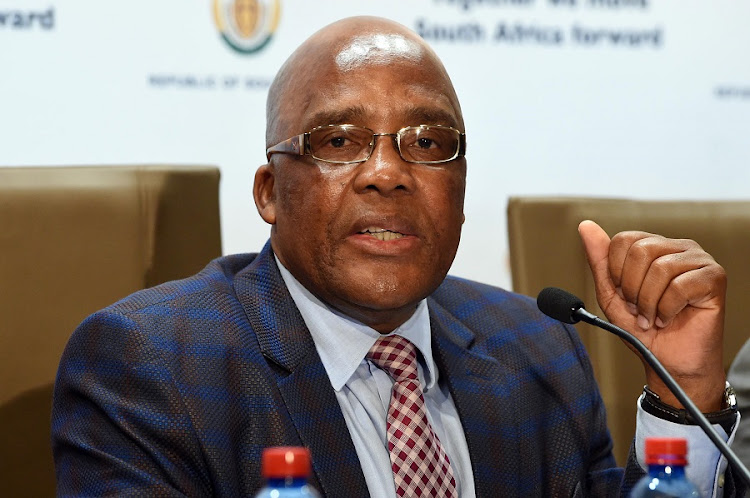 Informal township traders, farmers and unionised workers have joined the industry pushback against the government’s proposed new tobacco laws, saying they will harm businesses and lead to job losses.

Health Minister Aaron Motsoaledi released the Control of Tobacco Products and Electronic Delivery Systems Bill for public comment on May 9. The three-month period for submissions closes on August 9, after which the bill will be submitted to parliament. The bill seeks to tighten the marketing and sale of tobacco products, including e-cigarettes and new-generation products that are heated rather than burnt.

It includes provisions that introduce plain packaging, ban point-of-sale advertising and displays, and scrap the sale of single cigarettes.

More than 42,100 South African are killed by tobacco-related diseases each year, equivalent to about 10.1% of the nation’s deaths.

More than 42,100 South African are killed by tobacco-related diseases each year, equivalent to about 10.1% of the nation’s deaths, according to The Tobacco Atlas. It found more than 55,000 children between the ages of 10 and 14 years of age smoke, and that 6.3-million people aged 15 and older smoked on a daily basis.

The Tobacco Institute of Southern Africa (Tisa) and the Vapour Product Association (VPA) have already warned of job losses if the bill is passed in its current form and urged the government to focus on stamping out the illicit cigarette market instead. Illicit cigarettes are untaxed, and cost the fiscus R27bn in lost revenue between 2010 and 2016, according to Tisa, which represents tobacco growers and manufacturers. The VPA represents e-cigarette retailers.

The agriculture industry association AgriSA, the Food and Allied Workers Union (Fawu) and the South African Spaza and Tuckshop Association (Sasta) said on Tuesday that the bill would "devastate SA’s agriculture and township businesses".

The measures in the bill would put thousands of law-abiding Spaza shop owners and hawkers out of business and drive 80% of tobacco sales into the hands of criminals, they said in a joint statement. The plain packaging provisions would boost the illicit cigarette trade, they said.

The bill would end the legal production of cigarettes in SA, leading to an estimated 7,000 job losses, and shut down hundreds of farms, they said.

In a separate statement, the eKasi Entrepreneurship Movement, which assists township entrepreneurs, said sensible health interventions were required to protect people from the dangers of tobacco — but the proposed ban on the display of tobacco products at wholesale and retail level would destroy township and informal businesses.

"The point-of-sale regulations must be removed entirely, and the ban on confectionery and toys that in some ways resemble tobacco products must also be removed," said eKasi founding executive director Elvis Sekhaolelo.

He said cigarette sales provided a vital revenue stream for small township businesses, particularly start-ups. "Tobacco products are a cash-cow and enable people to move into other businesses."

Informal traders typically sell cigarettes at more than double the price they pay at wholesale level. They also receive payments from manufacturers and wholesalers for stocking their brands, a practice the bill aims to end.

A proposed tobacco control law contains provisions that subject e-cigarettes to the same strictures as traditional products, with tight control on ...
National
4 years ago

The company has invested more than $4.5bn in the past decade developing smoke-free products
Companies
4 years ago

The wording of the draft Control of Tobacco Products and Electronic Delivery Systems Bill would result in potentially absurd results in law, writes ...
Opinion
4 years ago
Next Article