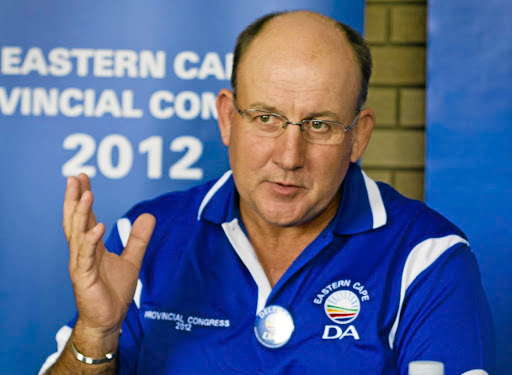 The woman accusing Nelson Mandela Bay mayor Athol Trollip of bribing her to dig up dirt on his political nemesis flip-flopped on the stand on Thursday as she testified in the Port Elizabeth Magistrate’s Court.

Taking to the stand‚ Jack claimed that she met Trollip on March 20 2016 outside the Motherwell police station — the supposed meeting spot for the alleged bribe — and he offered her R2‚000.

But during questioning Jack constantly changed the amount.

The figure later jumped to R3‚000 and‚ by the end of her testimony‚ she had allegedly been offered R5‚000 in a money bag on the vehicle’s dashboard.

Trollip’s wife Janine Trollip and DA federal chairman James Selfe both testified previously in court that it was not possible for Trollip to have been in Port Elizabeth on March 20 2016 as he was out of town.

Jack claimed Trollip called her twice — once at 7am and again at 9am — to arrange the meeting spot for the alleged bribe to take place.

But cellphone records for Jack‚ submitted to court as evidence‚ show she did not receive any calls that morning from Trollip‚ while Trollip’s records showed he had not made any calls to Jack that morning.

Jack‚ who is facing a charge of crimen injuria and perjury‚ appeared irritable at times as state prosecutor Jamari du Toit cross-questioned her.

The case was postponed to August 13.

DA’s premiership contest at its hottest in Gauteng

DA’s premiership contest at its hottest in Gauteng