US crude oil stockpiles fell by 4.5 million barrels last week, against expectations of a 1-million-barrel drop 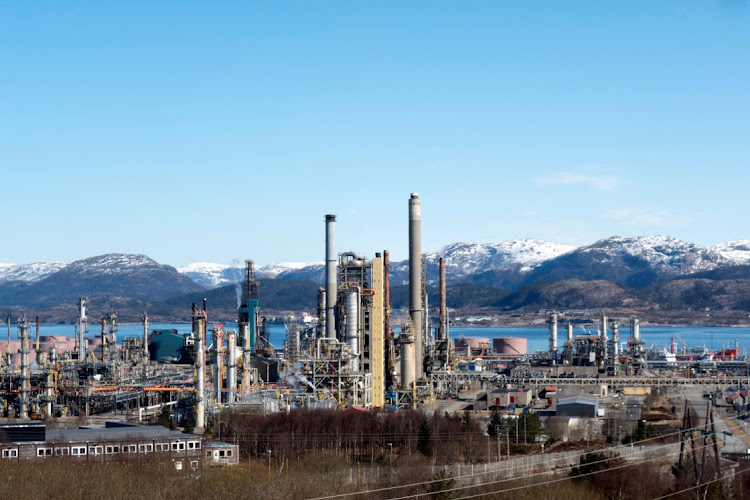 London — Oil rose more than $1 a barrel on Thursday, extending gains from the previous session, buoyed by improved risk appetite among investors as lower crude inventories and a rebound in gasoline demand in the US supported prices.

“The weekly EIA statistics also proved supportive. There were draws in major categories and products supplied.”

The US Federal Reserve raised its benchmark overnight interest rate by three quarters of a percentage point, in line with expectations, to cool inflation, while the dollar fell on hopes for a slower hiking path.

A weaker dollar makes oil, priced in the currency, cheaper for buyers in other countries to purchase.

US crude oil stockpiles fell by 4.5 million barrels last week, against expectations for a 1-million-barrel drop, while US petrol demand rebounded by 8.5% week on week, data from the Energy Information Administration (EIA) showed.

“The US consolidated its position as the world’s largest petroleum exporter,” Citi analysts said in a note, as combined gross exports of crude oil and refined products stood at a record 10.9-million barrels a day.

US crude exports reached a record 4.5-million bpd as WTI traded at a steep discount to Brent. However, in a bullish signal, US crude oil production growth could stall due to a lack of fracking equipment and crews, as well as capital constraints, executives said this week.

Prices found further support from the energy supply battle between the West and Russia. The Group of Seven (G7) richest economies aims to have a price-capping mechanism on Russian oil exports in place by December 5, a senior G7 official said on Wednesday.

Meanwhile, Russia has cut gas supplies via Nord Stream 1, its main gas link to Europe, to just 20% of capacity. That could lead to switching to crude from gas and prop up oil prices in the short term, analysts said.

“We increase our total estimates for additional oil demand from gas to oil switching by 700,000 bpd from October 2022 through March 2023,” JPMorgan analysts said in a note.

However, this could be offset by normalising Libyan supply, leading to a largely balanced global oil market in the fourth quarter, followed by a 1-million bpd stockbuild in the first quarter of 2023, they added.

Falling US inventories are also adding support
Markets
2 weeks ago