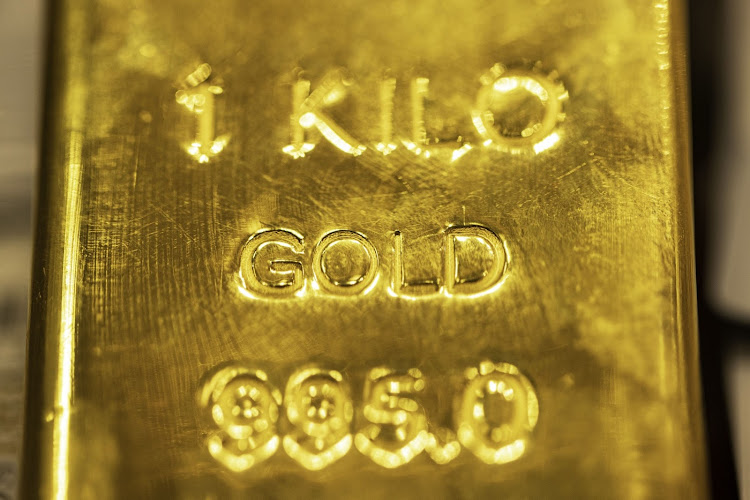 Bengaluru — Gold prices trod water on Wednesday, with lower US treasury yields lending support, as bullion’s struggle to break out of its rangebound trade continued.

US Federal Reserve policymakers promised further rapid interest-rate hikes to bring down high inflation on Tuesday, but pushed back against growing fears among investors and economists that sharply higher borrowing costs will trigger a steep downturn.

“Overall, the outlook for interest rates means that when we do get a break out of this trading zone we’ve been stuck in now for a couple of months, it’s more likely to be to the downside,” said Michael McCarthy, chief strategy officer at Tiger Brokers, Australia.

Though gold is seen as an inflation hedge, higher short-term US interest rates and bond yields raise the opportunity cost of holding bullion, which yields no interest.

“Rising interest rates and a stronger US dollar are acting against inflation-hedging forces. So we’ve got balance in the gold market at the moment,” McCarthy said, adding that it is very hard to get excited about the prospects for gold with so many other markets showing higher volatility.

A stronger US dollar makes gold less attractive for buyers holding other currencies.

The US banned new imports of Russian gold, acting on commitments made by the Group of Seven (G7) leaders this week to further punish Russia over its invasion of Ukraine. The move, however, is being seen as symbolic, as gold exports from Russia to the West have already dried up.

Markets have been boosted recently by the expectation that slowing economic growth may temper interest rate hikes, but reality is setting in
Markets
1 month ago
Next Article