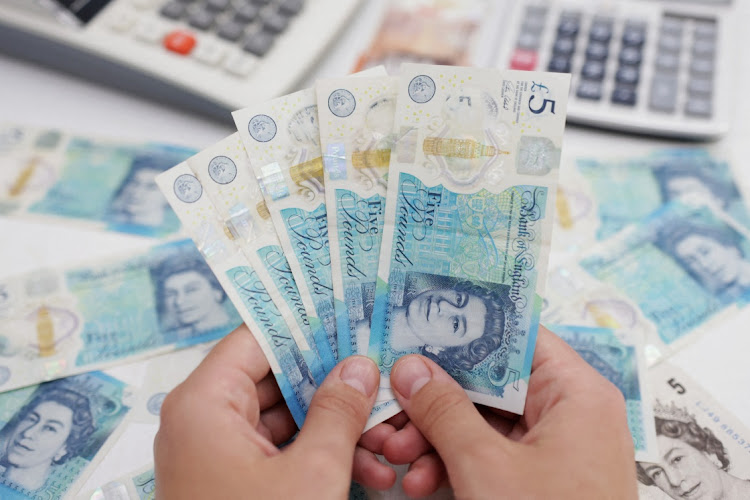 London — Sterling fell to its lowest in two years against a rising dollar on Monday, coming under pressure from data showing Britain’s economy unexpectedly shrunk in April and tensions with the EU over post-Brexit trade with Northern Ireland.

UK GDP contracted by 0.3% after inching down by 0.1% in March, the first back-to-back declines since the early days of the coronavirus pandemic in March and April of 2020.

Britain’s growth is already expected to be among the weakest for rich countries in 2023, and there is uncertainty over how fast the Bank of England can raise interest rates to tame inflation without further hurting the economy.

“April’s soft GDP figures may quell the appetite of some members to vote for a more aggressive 50 basis point hike”, Investec chief economist Philip Shaw said in a note commenting on the GDP data.

Overall, the central bank is broadly expected to raise interest rates for the fifth time since December on Thursday by another quarter percentage point in a bid to restrain inflation, which it forecast will exceed 10% in the final quarter of the year.

The currency already suffered two straight weeks of losses as strong US inflation data boosted the dollar and expectations of monetary tightening by the Federal Reserve.

Illustrating the pressure building up across global foreign exchange markets, the safe-haven dollar traded close to two-decade highs against major currencies on Monday amid a sell-off in global stock markets and government bonds.

Adding to the pressure on the pound, the British government was due to present legislation to unilaterally scrap some of the rules that govern post-Brexit trade with Northern Ireland, a move which is likely to inflame a simmering argument with the EU.

“It’s hard to avoid the conclusion that we’re heading towards a major clash with the EU that raises the risk of trade war,” said Adam Cole, chief currency strategist at RBC Capital Markets, adding that risks were clearly on the downside for the pound.

British Prime Minister Boris Johnson said on Monday that triggering a trade war in response to the new legislation on Northern Ireland trade would be overreacting, but currency analysts warned about negative repercussions for sterling.

“There is the potential for a long-lasting impact on the pound from the current issue,” wrote Jane Foley, a strategist at Rabobank, adding “any breach of international law could sour investor sentiment even further”.

Against the euro, sterling was down 0.5% at 85.88p after briefly touching its lowest level since May 12 against the common currency.

Higher-than-expected US inflation numbers for May resulted in a sharp sell-off on Friday, with all eyes on this week’s US Federal Reserve meeting
Markets
3 weeks ago

ISAAH MHLANGA: The global economy is facing the jaws of the hippopotamus

The World Bank released its June economic prospects for the global economy with a warning that the likelihood of stagflation – high inflation ...
Opinion
3 weeks ago

The World Bank slashed its global growth forecast this week by nearly a third to 2.9% for 2022, warning that Russia's invasion of Ukraine has ...
Business
3 weeks ago
Next Article