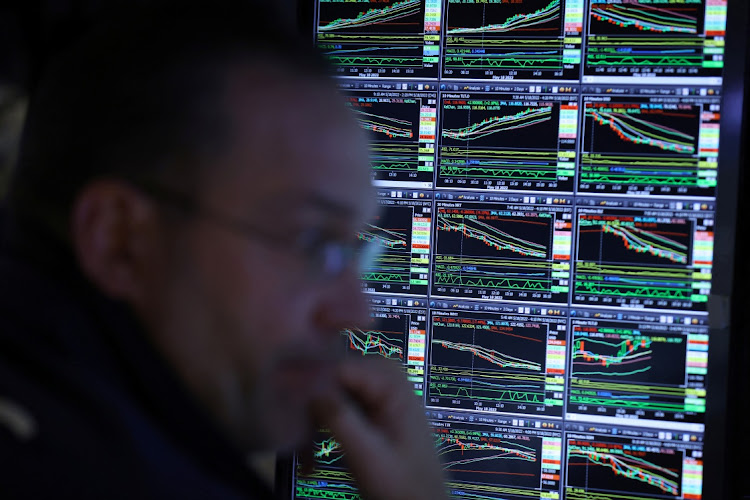 New York — The S&P 500 and the Nasdaq finished in the red on Tuesday as worries that aggressive moves to curb decades-high inflation might tip the US economy into recession dampened investors’ appetite for risk.

All three major US stock indices pared their losses in afternoon trading, with the blue-chip Dow turning positive. Even so, the S&P 500 settled within percentage points of confirming it has been in a bear market since reaching its all-time high on January 3.

“As we step back and acknowledge the primary market catalysts, it’s really been about the Fed pivot and the change in interest rates, which have influenced prices across the capital markets,” said Bill Northey, senior investment director at US Bank Wealth Management in Helena, Montana.

“In the last two weeks, we’ve seen some degree of macroeconomic deterioration starting to be manifested in corporate earnings and economic releases.”

Much of the sell-off was driven by a profit warning from Snap, which sent the company’s shares plummeting and sparking contagion throughout the social media segment.

Meta Platforms, Alphabet, Twitter and Pinterest all ended the session lower, as did the broader S&P 500 Communications Services sector .

Global supply chain disruptions have been worsened by Russia’s war with Ukraine and restrictive measures in China to control its latest Covid-19 outbreak, sending inflation to multi-decade highs.

The US Federal Reserve has vowed to aggressively tackle persistent price growth by hiking the cost of borrowing, and minutes from its most recent monetary policy meeting, expected on Wednesday, will be parsed by market participants for clues regarding the speed and extent of those actions.

Investors currently expect a series of 50 basis point rate hikes over the next several months, fuelling fears that the central bank could push the economy into recession, a scenario that is increasingly being baked into analyst projections.

“Tomorrow we look to the FOMC [forward open market committee] minutes for any signs that the approach to monetary policy may lean further hawkish or dovish than was laid out at the last meeting,” US Bank Wealth Management’s Northey said.

European Central Bank president Christine Lagarde said she expects the ECB deposit rate to be raised at least 50 basis points by the end of September.

‘Economic uncertainty is immense and while recessions are not the base case, they are a very realistic prospect’, says Craig Erlam of Oanda
Markets
1 month ago

Nasdaq futures lost 2%, with traders blaming an earnings warning from Snap, while S&P 500 futures fell 1.25%
Markets
1 month ago
Next Article